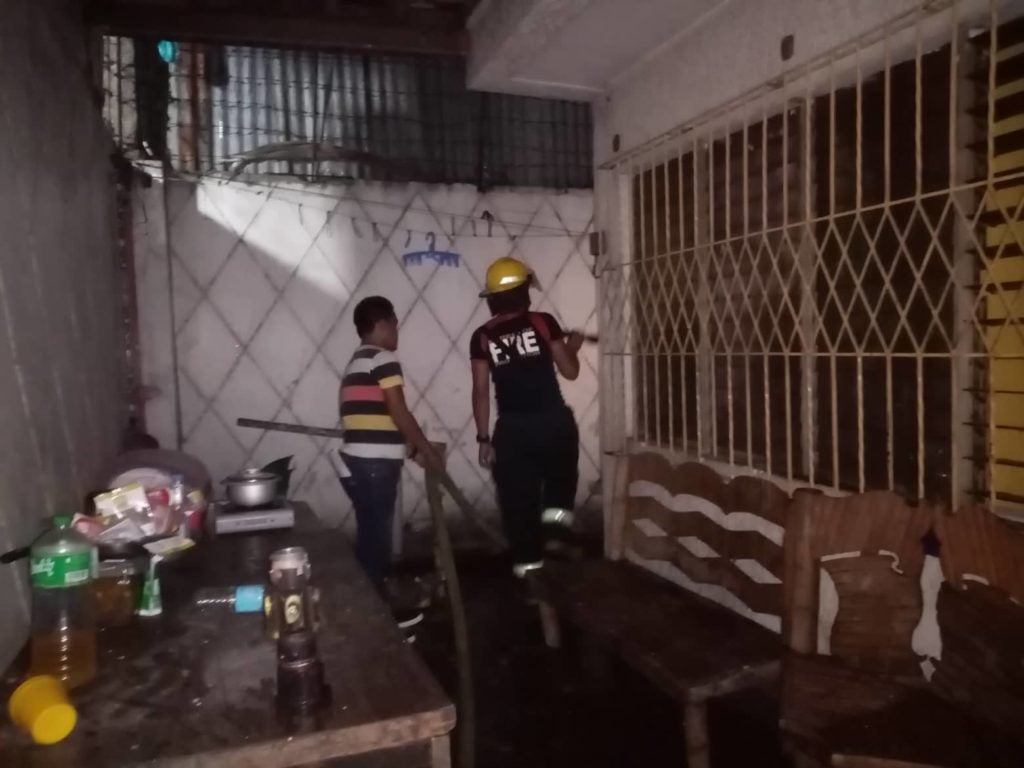 A fire which damaged a house in Barangay Kamagayan, Cebu City at past 8 p.m. on July 16 prompted the Bureau of Fire Protection in Cebu City to consider reminding the public about fire prevention again. | Benjie Talisic

SFO1 Romeo Birao of the Bureau of Fire Protection in Cebu City told CDN Digital that this information drive was ordered by the city’s fire marshall, Fire Chief Inspector Josephus Alburo, amid the fire incidents that had hit Metro Cebu including Cebu City.

Birao also said this as a house in Sitio Fatima, Barangay Kamagayan, Cebu City was hit on the late evening of July 16 by a fire which destroyed a storage area at its second floor.

Birao, Cebu City fire investigator, said that the fire might have been caused by faulty electrical wiring.

He said that they estimated the damage to property at P5,000.

The Kamagayan fire, although a small one, followed two big fires in the neighboring city of Lapu-Lapu on July 14 and 15 where at least 280 houses were destroyed and at least 700 individuals left homeless.

It was also the fifth fire that hit the Cebu City since July 2.

This also followed last month’s fire in Barangay Tipolo, Mandaue City which razed hundreds of houses in three sitios of the barangay and displaced 5,000 individuals.

With the fire incidents, Birao said that they were reminding the public to be always aware of the load that their electric wires or outlets could handle.

He said that the public could coordinate with electricians to know the load capacity of their electric connections so that they would be aware of not overloading them./dbs