Here are some images of the game: 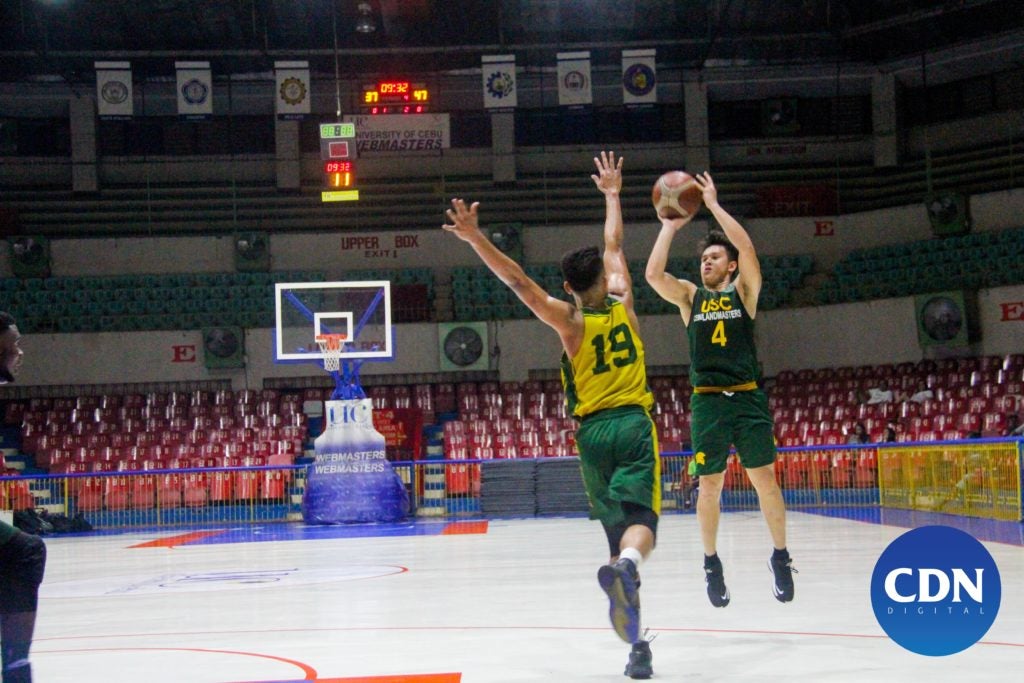 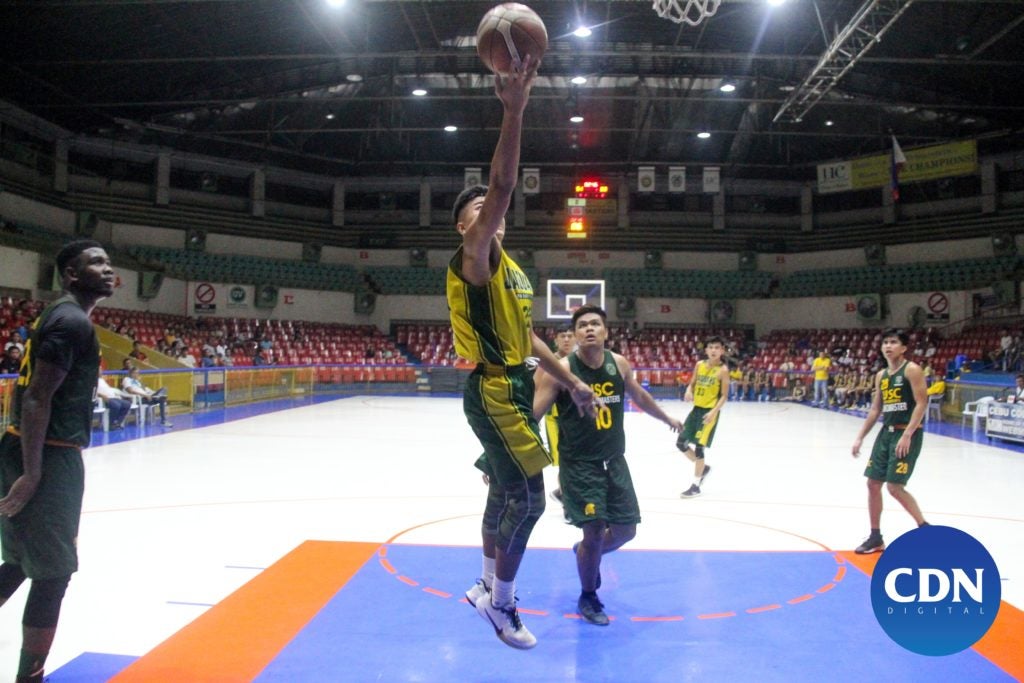 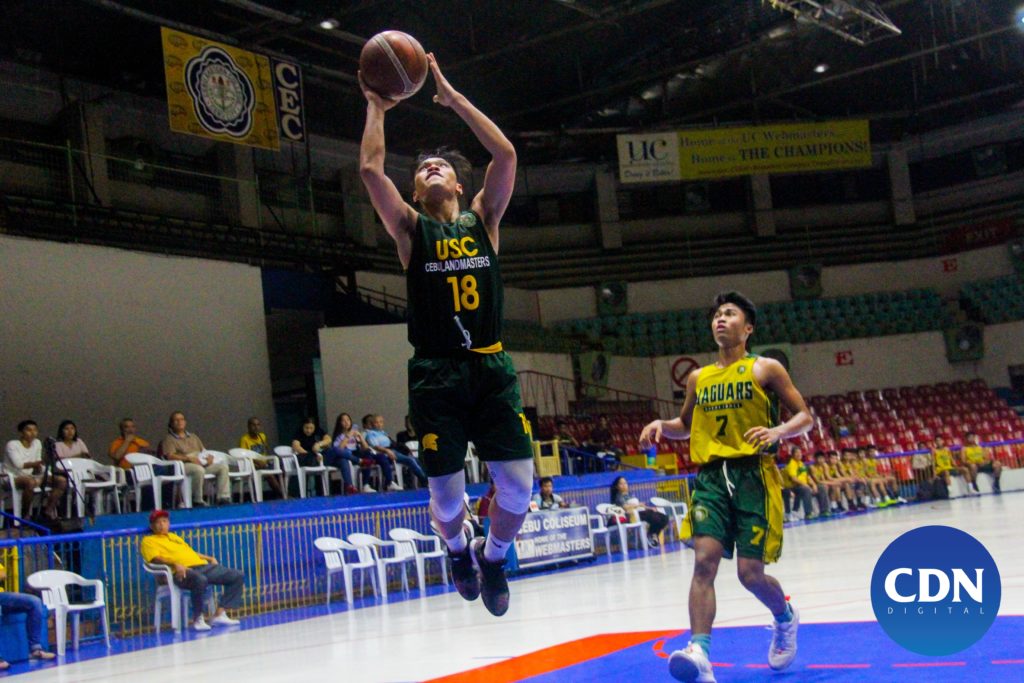 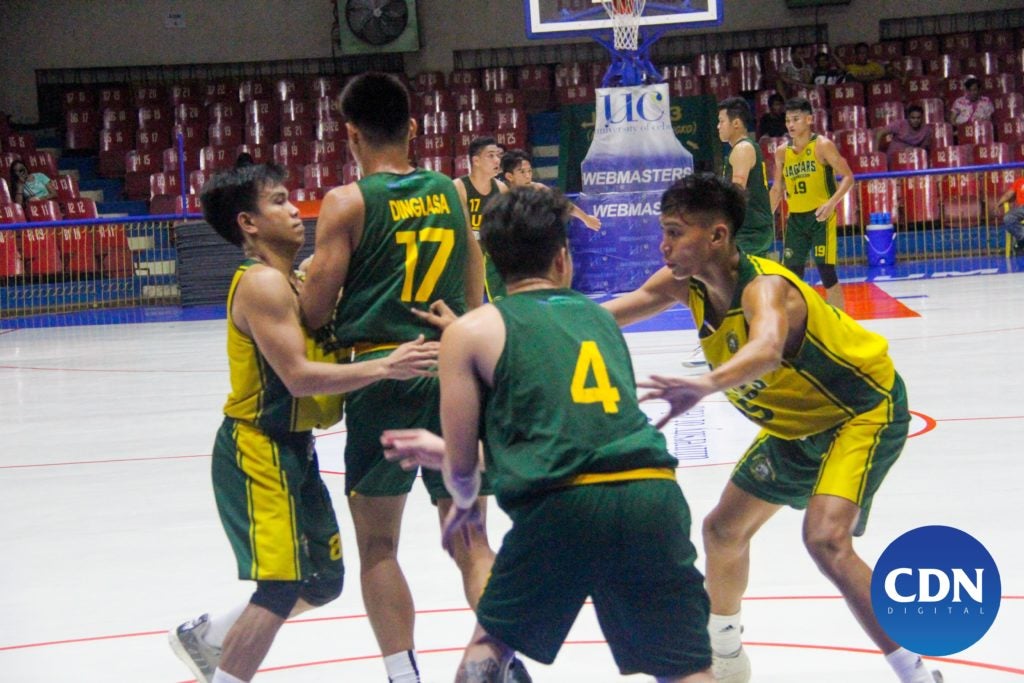 USJ-R and USC players get entangled in an inbound play. | Gerard Francisco 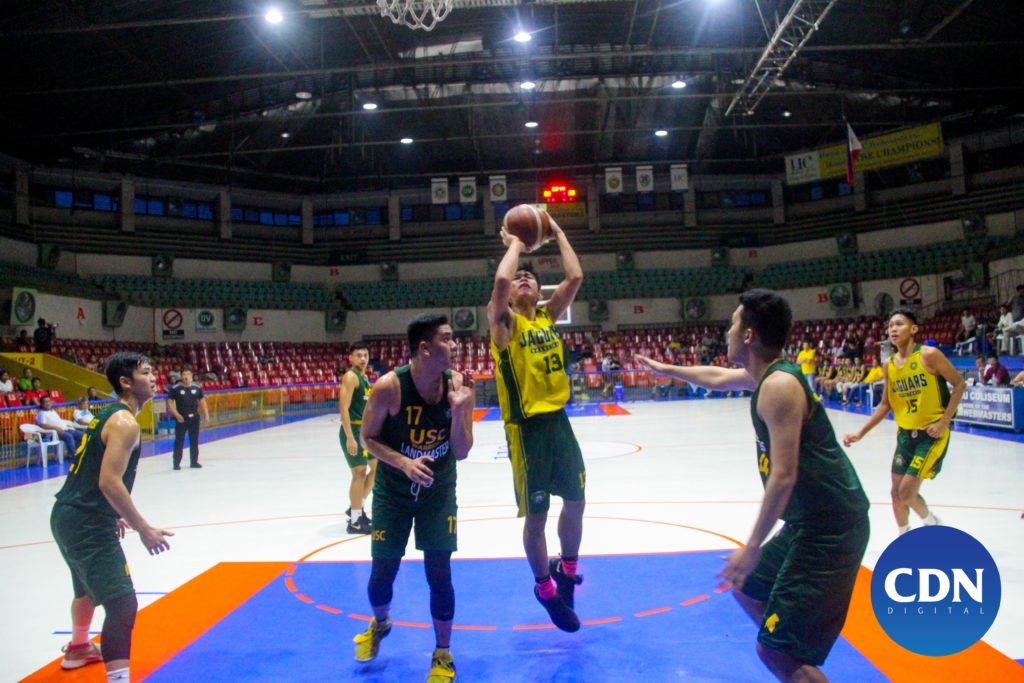 Matthew Paras of USJ-R goes up for a layup against the USC Warriors. | Gerard Francisco