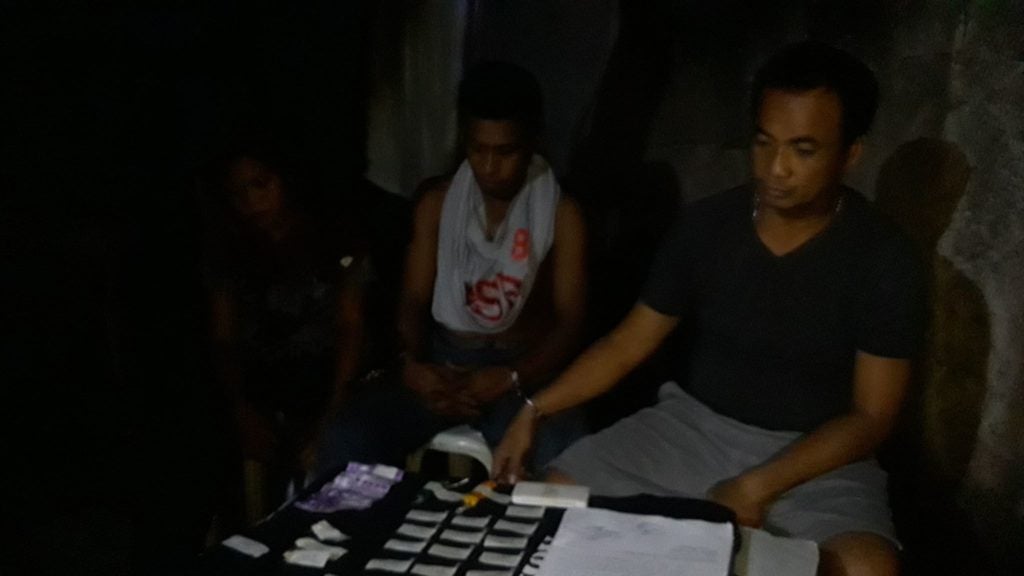 The suspects with the items seized from them. CDN Digital photo | Futch Anthony Inso

Lapu-Lapu City, Cebu—Two men, claiming to be city hall employees, and a 20-year-old girl were arrested by members of the Lapu-Lapu City Police Station 3 in a buy-bust operation along Sangi Road in Barangay Pajo here around 4:30 a.m. Thursday, July 25, 2019.

The suspects were identified as Ferdie del Castillo, 41 years old, Nicomedas Mosquite a.k.a. “Negro,” 29 years old, and Janica Presillas, 20 years old. The three are residents in the said barangay.

Gary Lao, special assistant to the mayor on anti drug-abuse program, told CDN Digital that upon checking on the Human Resource Department, he found out that Del Castillo and Mosquite are not city hall employees.

He added that they might have been applying for a Job Order position, but he still has to check it out with the HRD.

The three will be facing charges in violation of section 5, 11, and 12 Article II of Republic Act 9165 or the Comprehensive Dangerous Drugs Act of 2002 and Republic Act 10591 or Illegal Possession of Firearms and Ammunition. /bmjo