Two students caught with marijuana worth P40K in Mandaue checkpoint 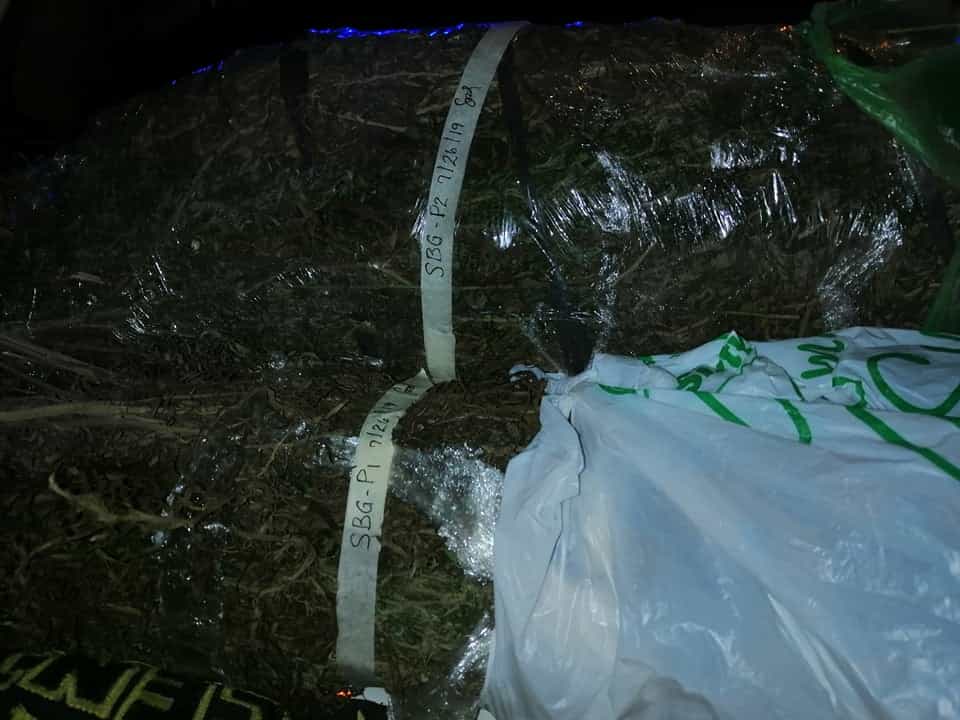 CEBU CITY, Philippines — Two 18-year-old senior high school students were arrested after they were caught with two plastic packs of marijuana worth at least P40,000 at dawn on Friday, July 26 at a checkpoint in Barangay Cambaro, Mandaue City.

Sylwen Bornia and Shaira Mae Blanco, who are from Lapu-Lapu City, were on their way home from Cebu City when the taxicab they were riding on was stopped at the checkpoint at past 1 a.m., said Brigadier General Debold Sinas, Police Regional Office in Central Visayas (PRO-7) director, during a press briefing on July 26.

Sinas said, according to the investigation, Bornia and Blanco started acting ill at ease when police officers stopped the cab at the checkpoint and noticed a partly opened bag with something like leaves and twigs inside.

When asked to open the bag, Bornia and Blanco got off the cab instead and started running away from the police officers, who pursued them and caught them a short distance away.

He said that when they opened the bag carried by Bornia, they allegedly found the plastic bags of marijuana.

He said that the confiscated illegal drugs had an estimated Dangerous Drugs Board value of P40,000.

Sinas said that it was alarming that teenagers and students at that were already selling illegal drugs.

“Tingala gani mi. Ing-ana sila ka bata nya ang usa babaye pa gyod na namaligya na. (We were surprised to find teenagers, and one is even a girl, to have been selling drugs),” said Sinas.

He also said that they were contacting the parents of the teenagers to coordinate with them because although they were legally adults, both were still living with their parents.

“It is very alarming because they are so young,” said Sinas.

For this reason, he said that the police would strictly implement the curfew ordinances to deter the youth from being tempted to do drugs.

He said they would also be targetting video kareras or illegal video game machines being operated in the barangays that would tempt teenagers to stay up late.

He said they had already closed down a number of these places.

Sinas said he hoped that with implementing curfew and hunting down video kareras, the youth would be safer from being exposed to illegal drugs./dbs

Read Next
Project RELY gets P120M funding from European Union