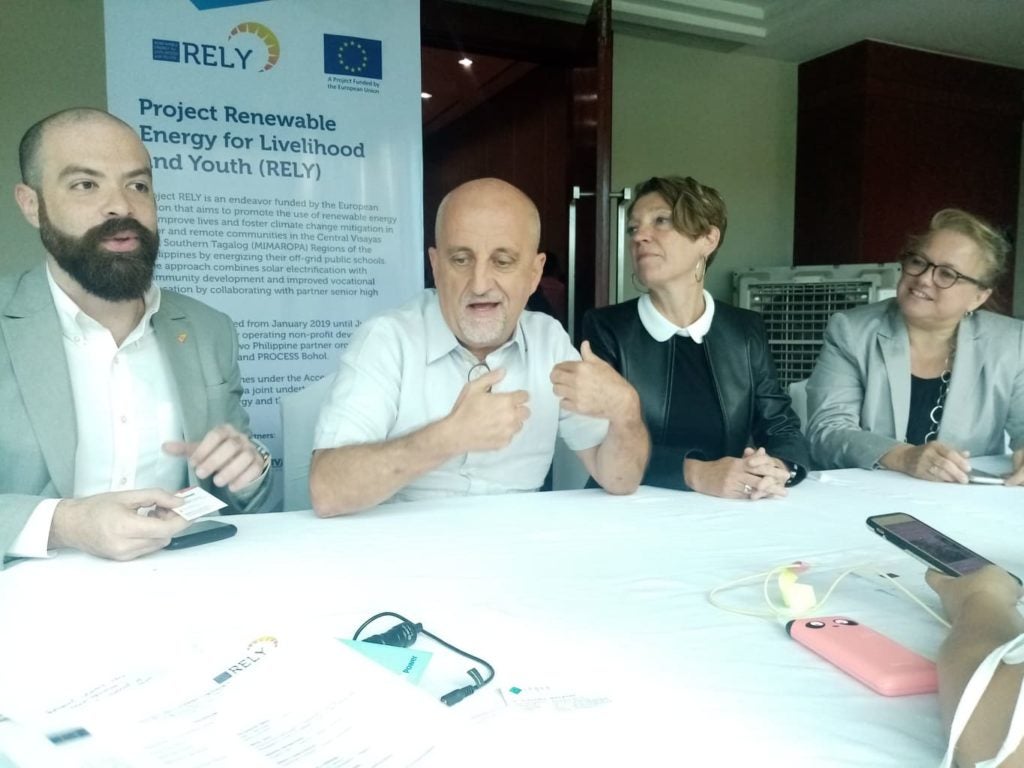 CEBU CITY—Project Renewable Energy for Livelihood and Youth (RELY) got the approval for P120-million funding under the European Union-Access to Sustainable Energy Program (EU-ASEP).

Willy Hick, program manager of Cooperation Section of Delegation of the European Union to the Philippines, said EU selected RELY, along with seven others, from among the submitted project proposals.

“It (selection) was a competitive process. The idea was to receive proposals for innovative business solutions,” Hick said. “There were 71 applicants and this project called our attention.”

He explained that the project was well-designed, which has a high potential of replicability with strong partners at the local level.

“We are happy and honored that our proposal was selected by the EU and we thus get the opportunity to implement another project that will contribute to a better future for poor and remote communities,” said RELY project director Sabine Schacknat of sequa gGmbH.

Through Project Liadlaw, VFI installed a 50-kilowatt peak rooftop solar at the Hilotongan Integrated School in an island barangay of Bantayan, Cebu.

To ensure stability of the off-grid energization project, VFI worked with the Department of Education and Technical  Education and Skills Development Authority to introduce an enhanced curriculum of the Electrical Installation and Maintenance strand of the TechVoc track for senior high students at the Bantayan Senior High School.

“We felt honored that the EU and our project and government partners have shown their confidence in expanding our pilot project,” said VFI executive director Shem Jose Garcia.

According to Garcia, their intention was that one senior high school with enhanced curriculum will serve several off-grid schools within a cluster.

“We joined forces with them (Vivant Foundation) and PROCESS Bohol to design a concept that expands its reach to communities and MSMEs in the areas,” Schacknat explained.

“We believe that social preparation is a vital component of any development project to be more sustainable and to achieve a collective impact,” Salgados said.

Schacknat clarified that the project could only provide minimal energy requirements such as mobile phone and rechargeable light charging,  to the communities.

While RELY could not provide all the energy, Garcia explained that it would help promote investments in solar energy in the communities.

“It’s the main part of the education. It’s not we’re gonna give you enough solar to do all your equipment but we’re enabling your community that if you invest in renewable energy yourselves, it will be worthwhile investment,”  he pointed out. /bmjo