Sinas to public: Help stop Negros Or. killings, be vigilant, coordinate with police 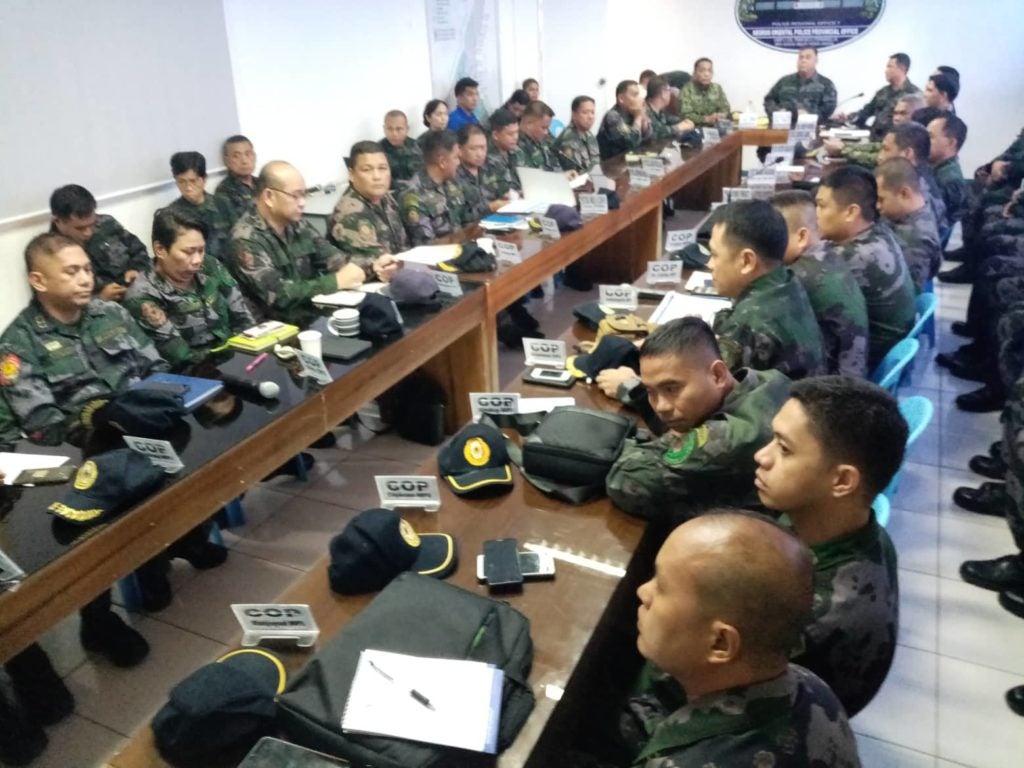 DUMAGUETE CITY, Philippines — Police are calling on the public to be vigilant against suspicious persons and to coordinate with authorities to prevent any more killings in Negros Oriental.

Police Brigadier General Debold Sinas made this call at the sidelines of the command conference of police chiefs of Negros Oriental province on Sunday, July 28, in Dumaguete City, where he assured that the police in the province were in control of the peace and order situation there.

Sinas, however, made the call for the public to be vigilant after another man was killed in a market in Barangay Panubigan, Canlaon City in Negros Oriental at past 3 p.m. on Sunday, July 28.

The victim, Anaciancino Rosalita, a tanod of Barangay Bucalan, was the 17th victim killed in the province since July 23. According to police reports, Rosalita was shot dead by unidentified assailants at 3:05 p.m. at the Oval Market of Barangay Panubigan.

Despite the killings, Sinas again assured that police in the province were still in control of the situation.

Read more: PRO-7 chief: Killings in Negros Or. are not a cause for alarm

He said they already know that three of the killings in the province in the past week were allegedly done by the New People’s Army (NPA).

Sinas said that these were based from the intial results of their investigations.

He said these incidents were the killing of Weny Alegre and Felimino Janayan in Barangay Calango, Zamboanguita town, the death of Buenavista Barangay Captain Romeo Alipan in Guihulngan City, and the fatal shooting of Marlon Ocampo and his one-year-old son inside their car in Santa Catalina town.

He said at least one of the killings might have allegedly been due to a land dispute.

Sinas said that he had ordered the 25 police chiefs in Negros Oriental to continue investigations and implement strategies to prevent anymore killings in the province./dbs