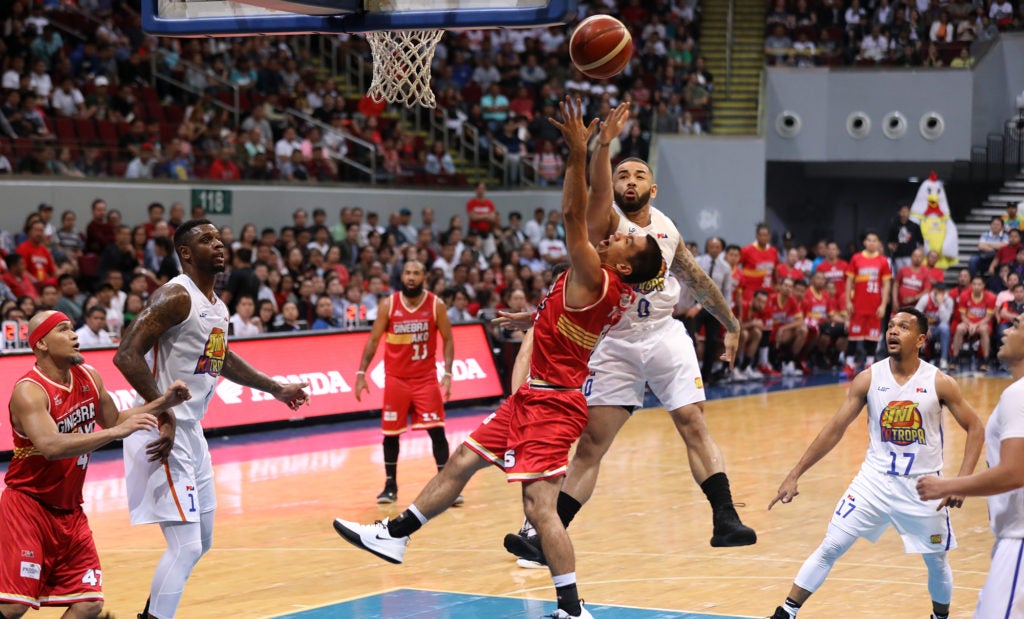 Barangay Ginebra coach Tim Cone came up with the perfect description on how tough it was to stay alive against TNT in their PBA Commissioner’s Cup Final Four series.

“We bled for our points and I think TNT bled for theirs,” the two-time Grand Slam champion said, minutes after pulling off an 80-72 victory over the KaTropa at Mall of Asia Arena that gave his Gin Kings the right to play another day.

Playing before a frenzied crowd, the Kings got ahead early, thanks to veterans in LA Tenorio and Joe Devance, and Ginebra held it together against TNT to win over the KaTropa for the first time in four games here and cut the series deficit to 2-1.

Import Justin Brownlee had a slow start but still managed to put together a near triple-double of 15 points, 11 rebounds, and eight assists.

TNT got the goods from import Terrence Jones, who fired 24 points that went with 18 rebounds.

“It was really tough just getting one game,” said Cone, whose Kings shoot for the equalizer Thursday night at Smart Araneta Coliseum in Cubao.

“We’ll see if we could turn it around and get two,” the multititled mentor said.