Food not bombs activity in Leyte: How people can create endless ripples of kindness 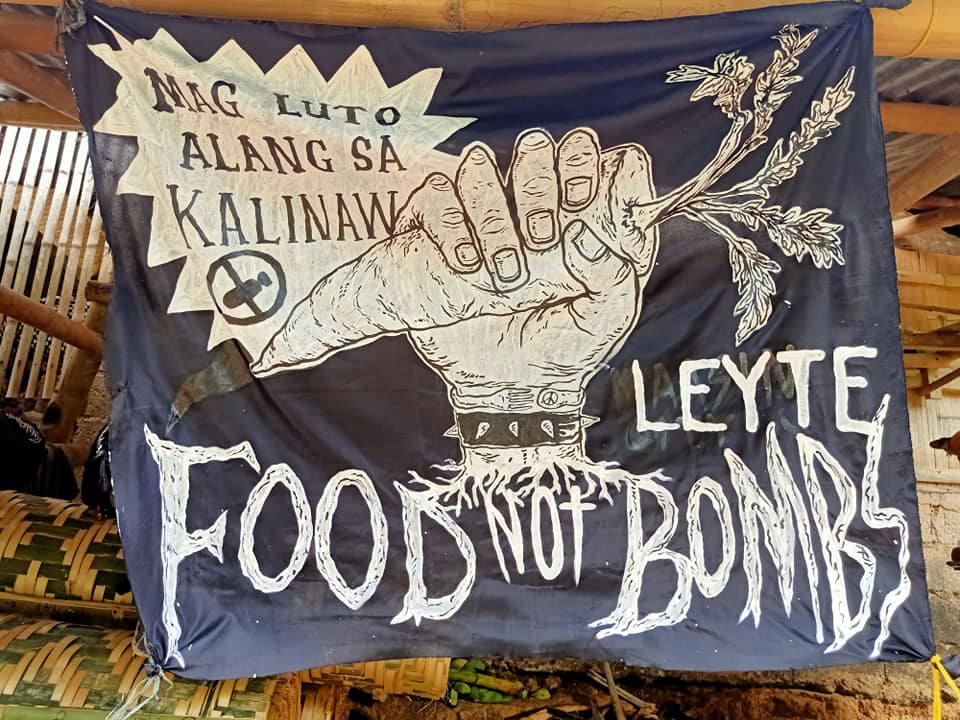 Soikee, 28, who hails from Leyte but has been based in Cebu since 2017 working as a visual artist, recounts how the video, which showed a group of people feasting over some food and picking clothes for them to use became a viral video.

“Food not bombs is not an organization, it’s a protest against war and violence, the people behind it are mere people you see on the streets, lain2 nga tapok, mga punks, metalheads, skaters, and even young professionals,” he said.

(Food not bombs is not an organization, it’s a protest against war and violence, the people behind it are mere people you see on the streets, very diverse, we have punks, metalheads, skaters and even young professionals.)

Soikee explained that they just saw the movement online and decided to do it since it is for a good cause.  They have chipped in any amount of money and donated used clothing to give to the people in Bato, Leyte.

This happened last July 28 where they fed a small community in Bato, Leyte and gave some used clothing as well.

(This has been done in Maasin City way back 2010, we don’t know each other [the ones who did this in Maasin], but it was just with the chain reaction that the good news spread out and so it happened here, we did it too.)

This simple act of kindness is a clear representation that there are still good people out there looking out for each other and helping in small ways that they can.

“This is a good sign for endless ripples (of kindness),” said Soikee. /dbs

Read Next
Scary text messages your mom sends when you are out late at night!