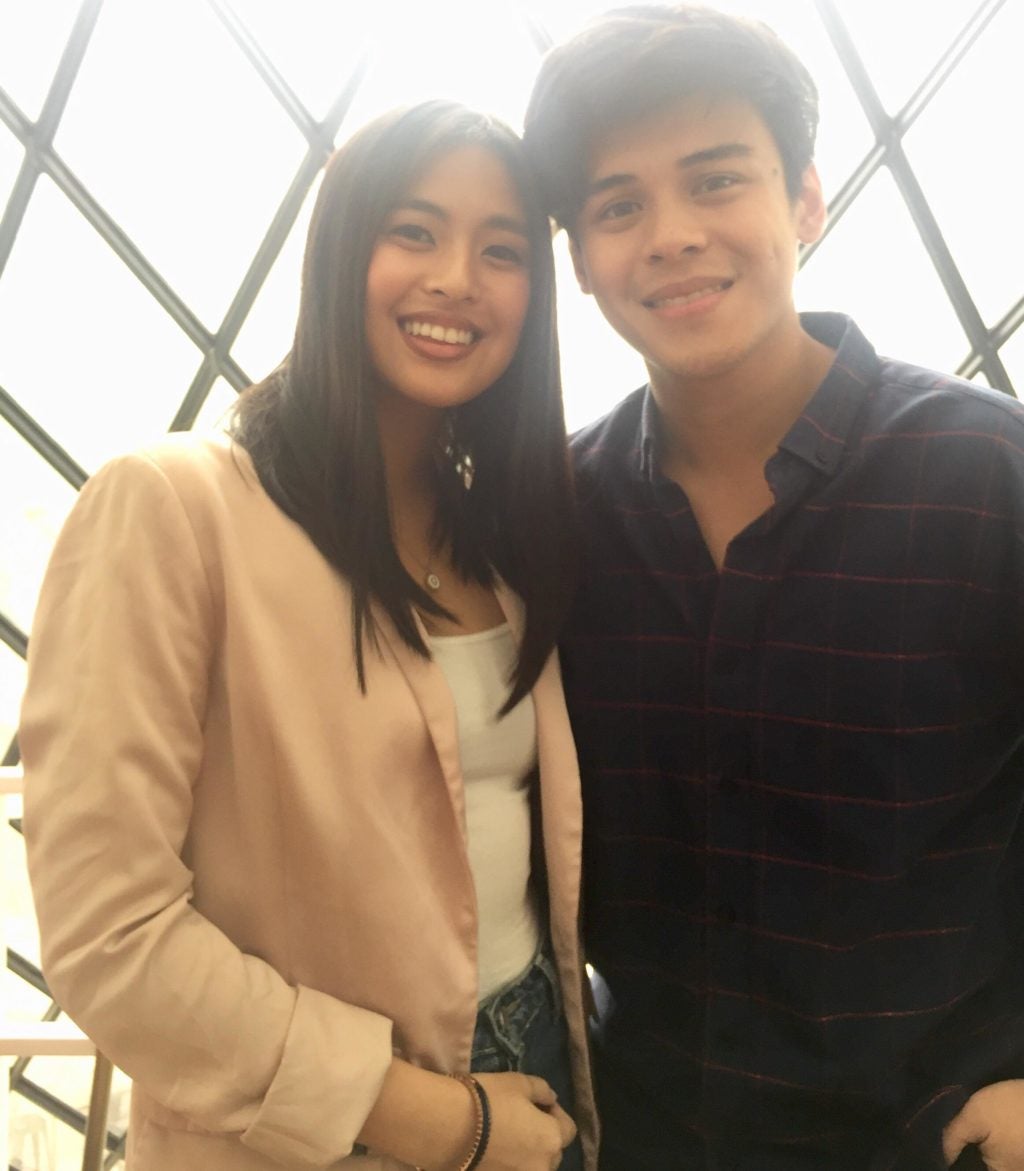 CEBU CITY, Philippines — It is a story about hope, dreams, and love.

This is what the movie, “LSS (Last Song Syndrome)”, the first film project of real-life couple Gabbi Garcia and Khalil Ramos which makes it to the Pista ng Pelikulang Pilipino (PPP) 2019 roster.

The “LSS (Last Song Syndrome)” stars discuss their film in a press conference in a restaurant in Cebu City on August 3, Saturday.

“It has a different attack and takes. This is not a typical romance and comedy movie. It has different beats,” Ramos told the reporters.

“LSS (Last Song Syndrome)”  focuses on the story of Sara (Garcia) and Zak (Ramos), who are an aspiring musician and a software engineer, respectively.

Sara and Zak follow an upcoming indie-folk band, Ben&Ben where they find themselves watching their gigs.

“There were a lot of rejections, a lot of no’s and self-doubts. For the family side, I am also family-oriented,” Garcia answered how she built her character.

For Ramos, he was able to build his character because before, he also wanted to become a software engineer before joining the show business industry.

(I thought what would be my mannerism if I were a software engineer.)

The film will hit Philippine cinemas from September 13 to 19, 2019 as part of the PPP celebration.

Aside from Garcia and Ramos, the entire Ben&Ben is also part of the cast.

Garcia revealed that when they officially became a couple, both agreed not to work together.

But when the script was presented to us, they decided to work for the film, especially that they are real-life fans of the indie-folk band Ben&Ben.

“Even if he (Ramos) is not the leading man, I will still accept the project because of the script,” Garcia said.

For Ramos, he is under ABS-CBN who was part of television series such as “Bagani”, “La Luna Sangre”, and “A Love to Last.”

He also joined movies like “Ang Babae sa Septic Tank 2:  Forever is not Enough”, “The Achy Breaky Hearts”, and “Honor Thy Father.”/dbs

By: Ian Biong
read more
TAGS: Garcia, last, LSS, Pelikulang, Pilipino, Pista, Ramos, song, syndrome
Latest Stories
Wonggoys releases third and final album
Devon Seron on 29th birthday: ‘That was a fantastic year of strengthening myself’
When was the last time you had masareal?
Palawan Pawnshop unveils PalawanPay, an e-wallet designed for the needs of the Filipinos
Cebu Exchange set to welcome more occupants
Most Read
Diaz bags gold in weightlifting again at SEA Games
Fernandez: 3rd place finish still doable if we work together
Cebuano dancesport duo: ‘We are very honored to once again represent our country’
Former Rep. Martinez, 7 others convicted of graft, malversation of funds
Barbie Imperial embraces stretch marks with pride and fans are loving it