Read: Julia Barretto to Bea Alonzo: ‘You have charged everybody to destroy me for you’

While the controversy between Barretto and co-Kapamilya artists Bea Alonzo and Gerald Anderson is heating up following the former’s statement, online users took the issue to the lighter side with some funny memes.

Here are some of those that stood out: This iconic scene of Alonzo from the movie Four Sisters and A Wedding wherein she was asking her sisters why it seemed to be her fault being strong and independent. Well, this line also works with their recent issue.  Kudos to whoever made this line! 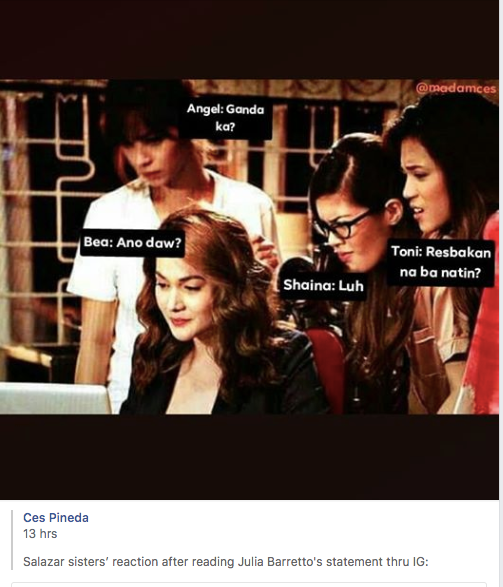 Still, from the movie Four Sisters and  A Wedding, this one is hilarious. 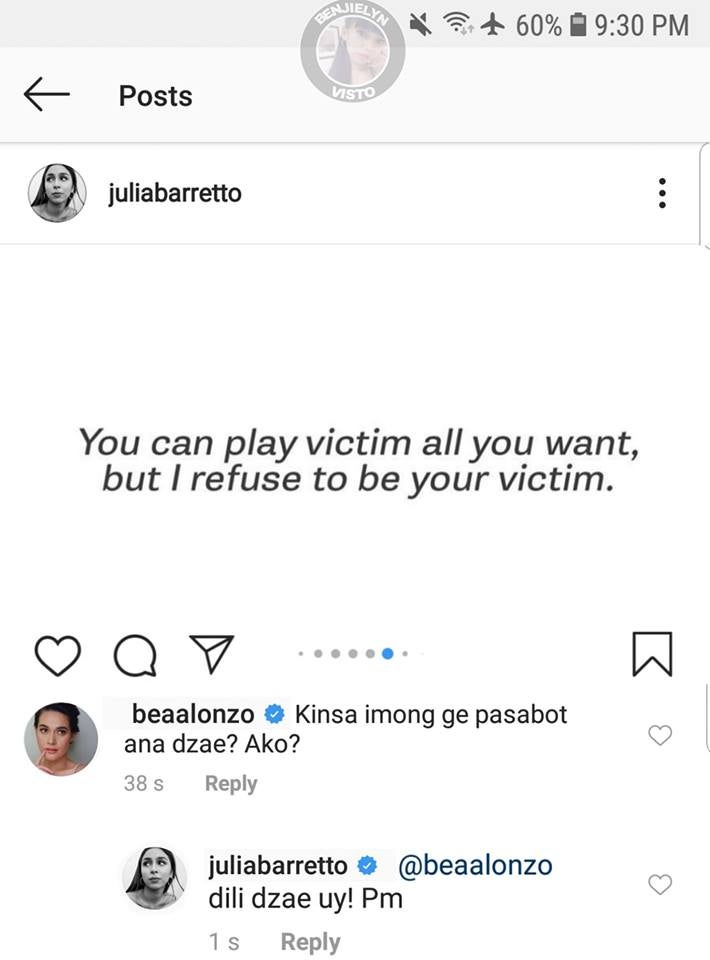 An edited photo from Benjielyn Visto.

This.. just says it all.. in Cebuano. 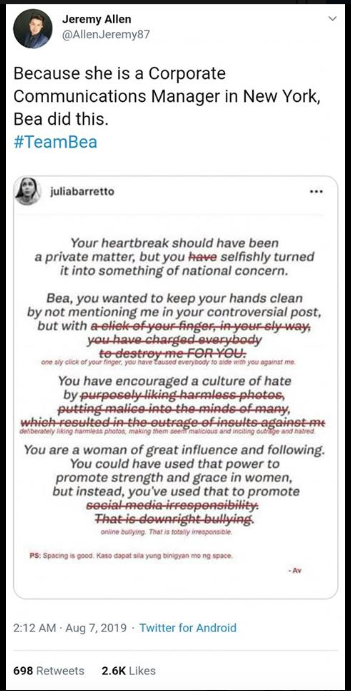 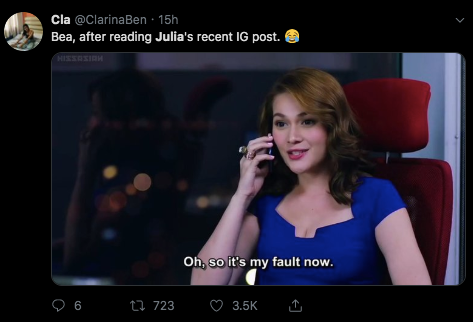 Aside from the memes, the statement of Baretto also made took some of the top trending topics on Twitter. With #TeamBea as the number one most trending.

The alleged love triangle issue has been the talk of the town since last month. But this tweet really deserves an answer. /bmjo 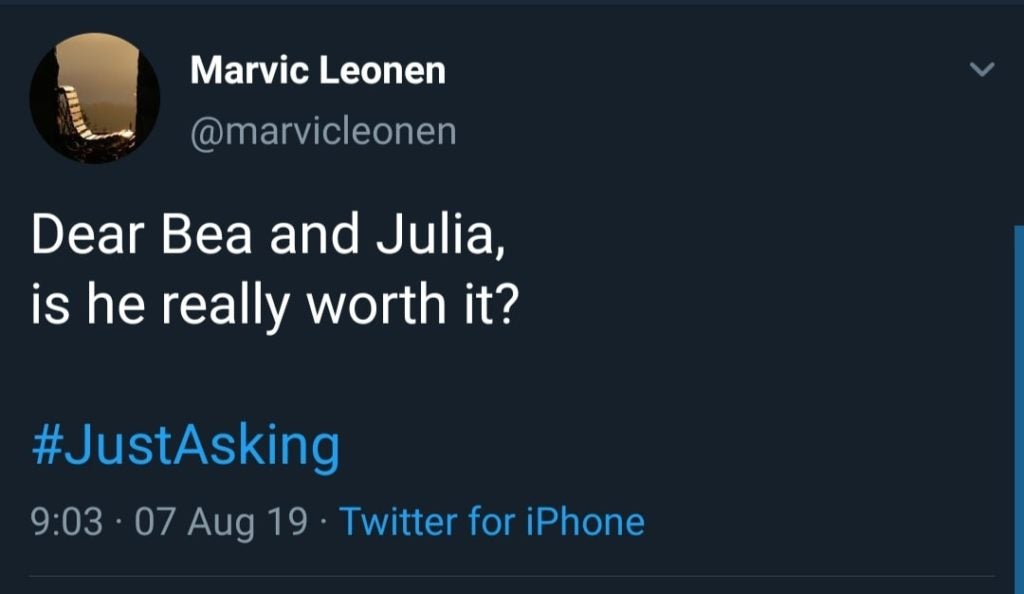