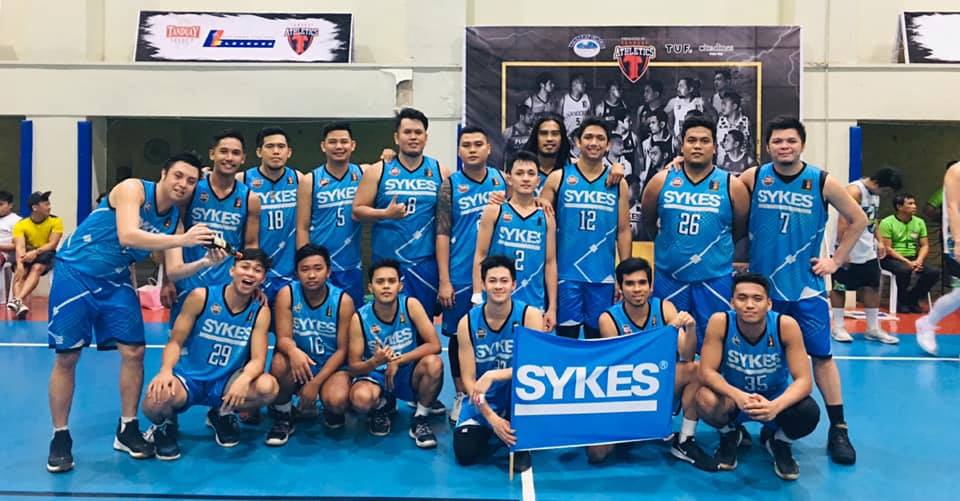 The Sykes Pioneers have won four games in a row. | Contributed

CEBU CITY, Philippines — The reigning champions Sykes Pioneers reasserted their dominance over Accenture as they beat the Sharks, 72-68, in a rematch of last year’s finals in the Elite Classic division of the Tanduay Athletics E-Leagues for Basketball Season 15 on Sunday, August 18, 2019, at the City Sports Club-Cebu.

Janjan Auditor was at the helm of Sykes’ attack as he produced 21 points, six rebounds, four assist and two steals. He also got plenty of help from the likes of former University of San Carlos Warrior, Dominic Adlawan, who debuted with 16 points and 11 rebounds, and Earl Montilla, who had 13 markers and five boards. Marl Laguna also reached double-figures in scoring as he tallied 10 to help Sykes improve to 4-0 (win-loss).

The Fusion BPO Dragons also stayed close with the Pioneers as they moved up to 3-0 with an 83-80 victory over the Concentrix Converters. Ex-University of Southern Philippines Foundation Panther Roy Quiachon Jr. and Justin Marie Mier led the Dragons with 18 markers each. Nino Belande was his normal productive self, narrowly missing out on a triple-double with 12 points, 12 rebounds and nine assists.

The Converters dropped to 2-2 and fell into a tie with the Teleperformance Vipers, which beat the Dreamscape Lions, 70-46. Rahne Laborte topscored for the Vipers with 19 points while Kenz Hernandez added 10.

Matthew Oche led the Lions, which recently moved up to the Elite Classic after winning the Evo League title last season, with 16 points, 11 rebounds, one assist and a block. Dreamscape has yet to win a game in three tries this season.

Meanwhile in the Evo League, the Executive Boutique/Select Voiceom Bulldogs dropped the Optum Knights, 68-53. The Bulldogs got a fine performance from Arsitotle Alcos, who produced 23 points, six assists, four steals and three rebounds to help his team even up their record at 2-2.

In other EVO League games, the Tech Mahindra (4-0) beat Demand Science (0-4), 84-73, thanks to the combined 44-point output of Nolan dela Pena and Robert Rebano.