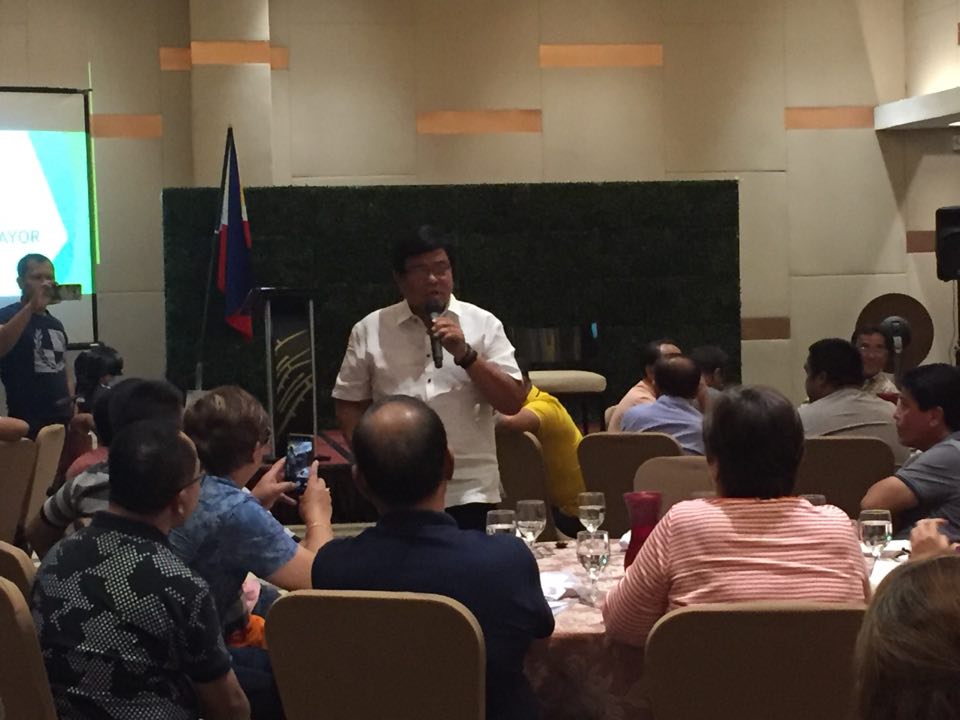 CEBU CITY, Philippines – Cebu City’s 80 barangays will each get P5 million for the purchase of a brand new truck that they could use to improve the garbage collection system in their respective areas.

Mayor Edgardo Labella made the announcement in a meeting with village chiefs held this morning, August 20.

Labella promised to release the allocation before the year ends to give barangay officials the liberty to decide on their purchases.

An allocation for the purchase was already included in the 2019 annual budget prepared by former mayor Tomas Osmeña. All that he needed to do was facilitate the release of said allocation.

Labella gave the assurance that all of the city’s 80 barangays will be given a share of the allocation irregardless of their political affiliation.

He wanted to equip the barangays so they could take care of the cleanup of the streets, drainage systems and water bodies that are located within their respective jurisdictions.

(If you perform well, if you are able to clean your barangays, I promise to add another P5 million that will be included in next year’s annual budget.)

But he warned barangay captains of sanctions for their inaction, which is a violation of provisions of the Local Government Code of 1991.

In a meeting with barangay captains this morning, Labella said that barangays will have to submit a project proposal to Association of Barangay Councils (ABC) President Franklyn Ong for the Kasambagan barangay captain to facilitate the release of the P5 million allocation.

Ong said in a separate interview that he is now working with the different barangays to already start compliance with the documentary requirements for the release of their P5 million aid from City Hall.

After his meeting with the barangay captains, Labella said that his next move is to call for a garbage summit to gather the different stakeholders to discuss and find solutions to the city’s garbage woes.

Students, government agency represenattives and barangay officials are among those that he wanted to invite to attend Cebu City’s garbage summit, the date of which is yet to be determined. | dcb