Marcos on heinous crime convicts released through GCTA: We can stick them back in 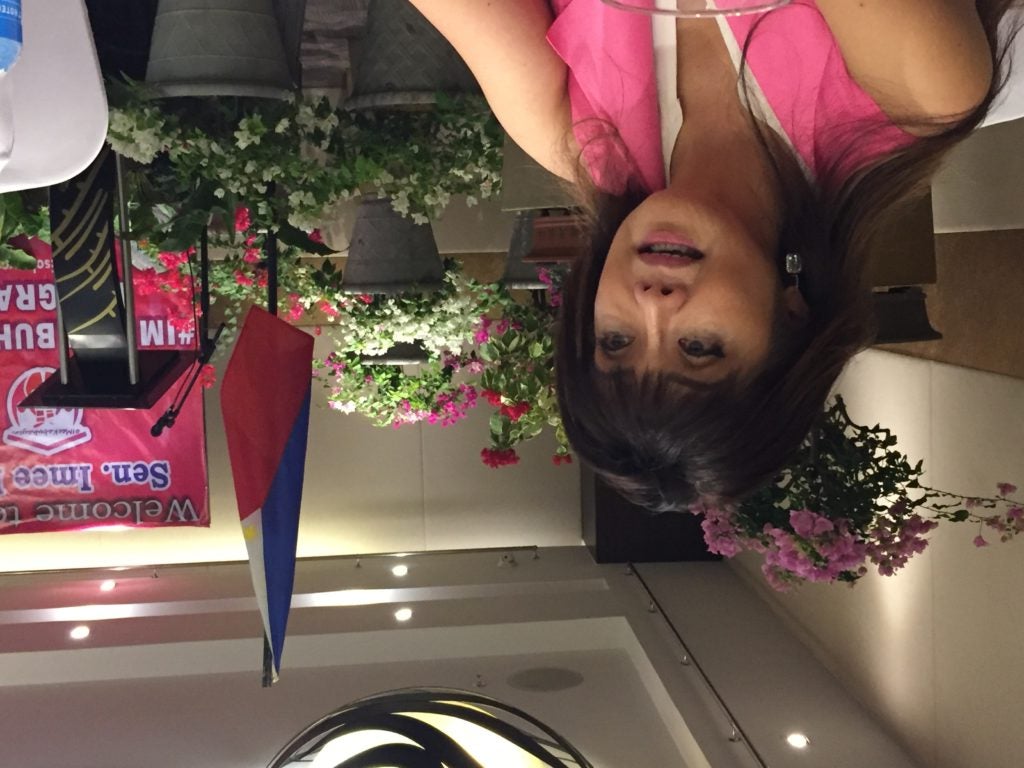 (It seems that they had put one over all of us!)

This was how Senator Imee Marcos described the release of almost 2,000 convicts of heinous crimes, including the Chiong 7, following the provisions of the good conduct time allowance (GCTA) law.

Marcos, who was in Cebu for the weekend, said she was “stunned” by the news that five out of seven convicts in the 1997 abduction-rape-slay case of the Chiong sisters in Cebu have been freed.

Marcos was in Cebu to attend the launch of Imee Kabuhayan, a livelihood program that benefited 26 women from Barangay Busay in Cebu City and Gaas in Balamban town in western Cebu.

“I’m absolutely stunned by the revelation that the Chiong rape-murder convicts were actually released. I think there should be a very serious investigation. This is entirely unacceptable. Dapat kasi yung mga convicted of heinous crimes, hindi naman sila kasali diyan (Convicts of heinous crimes should not benefit from the GCTA law),” Marcos told reporters in a press conference on Sunday, September 1.

Marcos added that those who were anomalously released due to the GCTA benefit should be returned to prison.

“I think the intent of the law originally was good. Pero kinakabahan tayo dito sa sinasabi nila na naging racket daw ang pagpirma ng mga release orders (but we are worried about the speculations that some officials have made the signing of the release orders based on GCTA a sideline),” Marcos said.

“Certainly, we can stick them back in if they did not qualify to benefit from the good conduct time allowance in the first place,” the senator said.

But putting them back behind bars may not be as easy.

The Revised Penal Code (RPC) provided that time allowances for prisoners, once granted based on existing laws, cannot be revoked.

“Whenever lawfully justified, the Director of Prisons shall grant allowances for good conduct. Such allowances once granted shall not be revoked, “reads Article 99 of the RPC.

The Senate has begun its investigation on the GCTA controversy last week. On Monday, September 2, the Bureau of Corrections Chief Nicanor Faeldon is set to attend the Senate hearing.

Senator Richard Gordon, Senate Committee on Justice and Human Rights chairperson, subpoenaed Faeldon to appear and testify on his knowledge of GCTA releases at 10 a.m. on Monday.

Marcos said those responsible for the releases of heinous crime convicts should be held accountable.

The senator also called on the administration to take a firm stand and punish erring government officials instead of recycling and “upcycling” them in other offices when they get involved in controversies.

Prior to heading the BuCor, Faeldon was a commissioner at the Bureau of Customs. His stint ended at the height of the multibillion drug smuggling controversy in 2018.

(The decision to sack Faeldon is with the President. Nick was previously involved in the problem with Customs. I think an in-depth investigation should be conducted immediately, and we should take a firm stand once and for all to prevent those who have been proven guilty from being recycled and even upcycled.)

“I mean this is very very clear which of the government officials was actually responsible. It’s important that they are punished and bear the penalties rather than palipat-lipat lang, nare-recycle nga, naa-upcycle pa (rather than just be transferred to other agencies, recycled and even upcycled,)” she added.| dbs