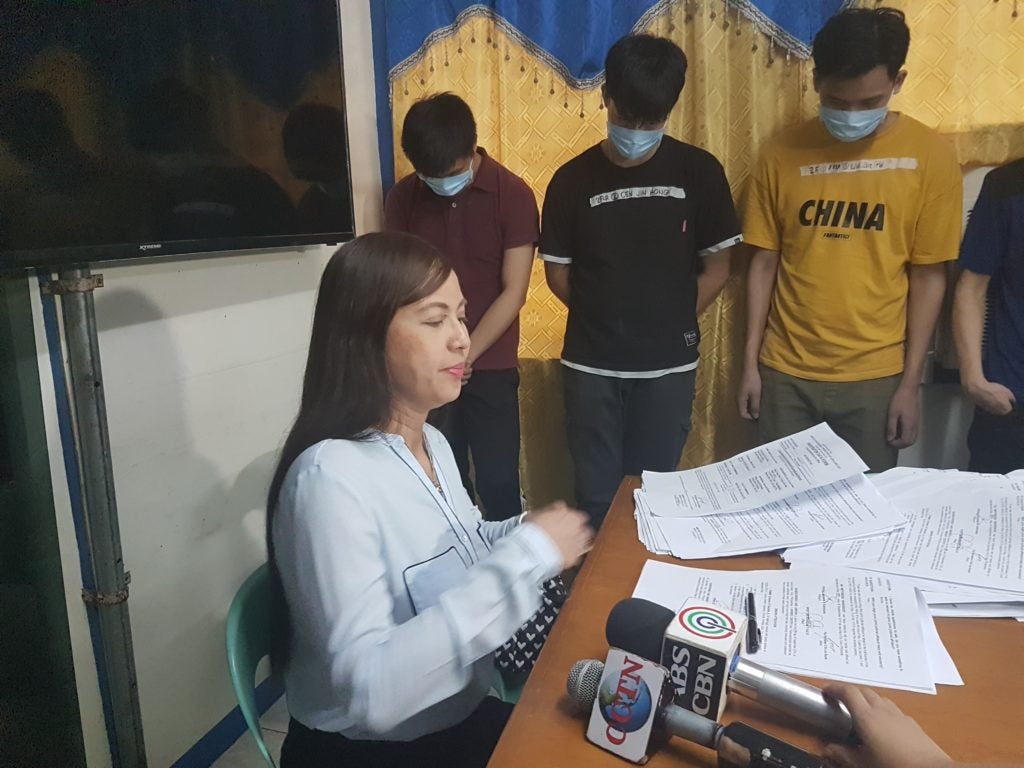 The arrested Chinese nationals during the inquest proceedings in the Criminal Investigation and Detection Unit in Central Visayas (CIDG-7) around 11:30 a.m. on Tuesday, September 10. | CDN Digital photo: Alven Marie A. Timtim

Prosecutor 2 Sheilamar Saliganan-Abadia, of the Lapu-lapu City Prosecutor’s Office,  told reporters that the inquest proceedings, or summary investigation, carried out at the CIDG-7 office is allowed by their rules especially when there was an order from their head office and in consideration of the large number of persons who had to undergo the proceeding.

While he declined to say if the Lapu-Lapu City Prosecutor’s Office was giving special treatment to the foreign nationals, Abadia said it was more practical to conduct the inquest at the CIDG-7 headquarters.

“It is for practical reasons and security reasons also that we conduct inquest proceedings here in CIDG,” said Abadia.

The Chinese nationals were charged with violations of the country’s gambling laws and for committing a cybercrime.

CIDG-7 agents raided a 12-storey building in Barangay Mactan, Lapu-Lapu City on Saturday, September 7, that housed and illegal offshore online gambling company named Xin Huang Jin Cheng, which led to the arrest of the Chinese nationals working for the firm.

During the inquest proceedings, a Chinese interpreter was present to translate the process of the law.

Prior to the inquest, the CIDG-7 found that the company, which has registered itself as a business process outsourcing  (BPO) company, failed to present proper documents  to prove that the Philippine Amusement and Gaming Corporation (Pagcor) allowed it to run an offshore online gambling network.

Meanwhile, the Department of Labor and Employment in Central Visayas (DOLE-7) Tuesday commented  that the CIDG did not coordinate with them prior to the arrests of the Chinese workers.

Police Brigadier General Debold Sinas, Police Regional Office in Central Visayas (PRO-7) director, however said the police did not necessarily need to coordinate with DOLE-7, as the search warrant was clear, specifying that the activity was an illegal gambling operation.

“It was not a question of whether they have illegal employee or not,” said Sinas.

From the CIDG-7 headquarters, the arrested Chinese nationals were brought back to the gymnasium of Barangay Zapatera, Cebu City, where they are currently accommodated and where they will be staying until the prosecutor has reached its decision into the complaint lodged against the foreigners./elb