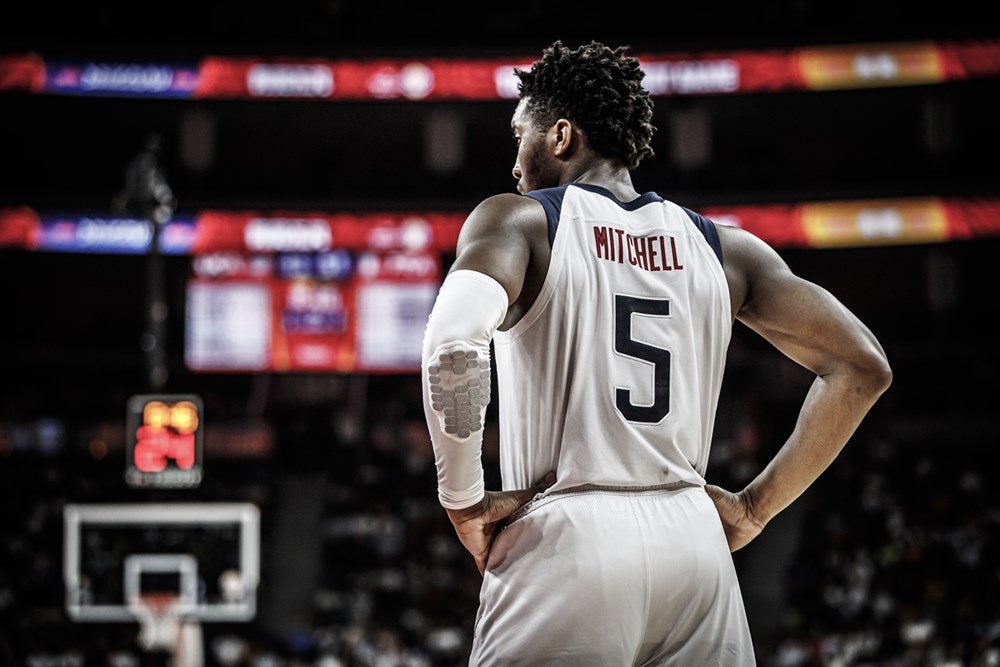 USA guard Donovan Mitchell looks on during a game against France in the quarterfinals of the 2019 Fiba Basketball World Cup in China. | Photo from Fiba.com

Coach Gregg Popovich deflected talk about his missing megastars after Team USA’s glorious run in major competition came to a juddering halt on Wednesday at the hands of France.

The US lost to Greece in the World Cup semi-finals in 2006 but then went on a 58-game winning streak with NBA players on the roster that brought them three Olympic golds and two World Cup crowns.

But they became just the latest high-profile casualty in China as the powerhouses of basketball went down 89-79 in the quarter-finals to France.

“It doesn’t matter who was on the team. I couldn’t be more proud of these 12 guys who sacrificed their summer to come here,” said Popovich, the mastermind behind the San Antonio Spurs’ success.

The prospect of an early American exit had always looked possible after they sent an unfamiliar collection of second-tier stars.

They also had one of the youngest rosters at the WorldCup after their top NBA names pulled out injured or otherwise made themselves unavailable.

“They’ve never played together before and they put themselves in the arena and competed,” the 70-year-old Popovich said of his squad.

The Americans will still be favourites to retain their Olympic gold in Tokyo next summer, but failing to win a third World Cup in a row will put the focus on Popovich and his missing men.

“It’s not about ‘the United States didn’t have the other guys’ — there is no such thing as other guys,” Popovich said.

In a hint of the sniping that may result in the United States, shooting guard Donovan Mitchell, who led the Americans with 29 points, hit back at critics.

“You guys are going to go on and say who we didn’t have, but why don’t you all focus on who we do have?” he asked reporters.

France, powered by a double-double from big man Rudy Gobert of the Utah Jazz, play Argentina on Friday in the last four.

The Argentines were surprise victors over Serbia, the other title favourites, on Tuesday.