CLOSE
SPORTS
‘Together We Fight’ 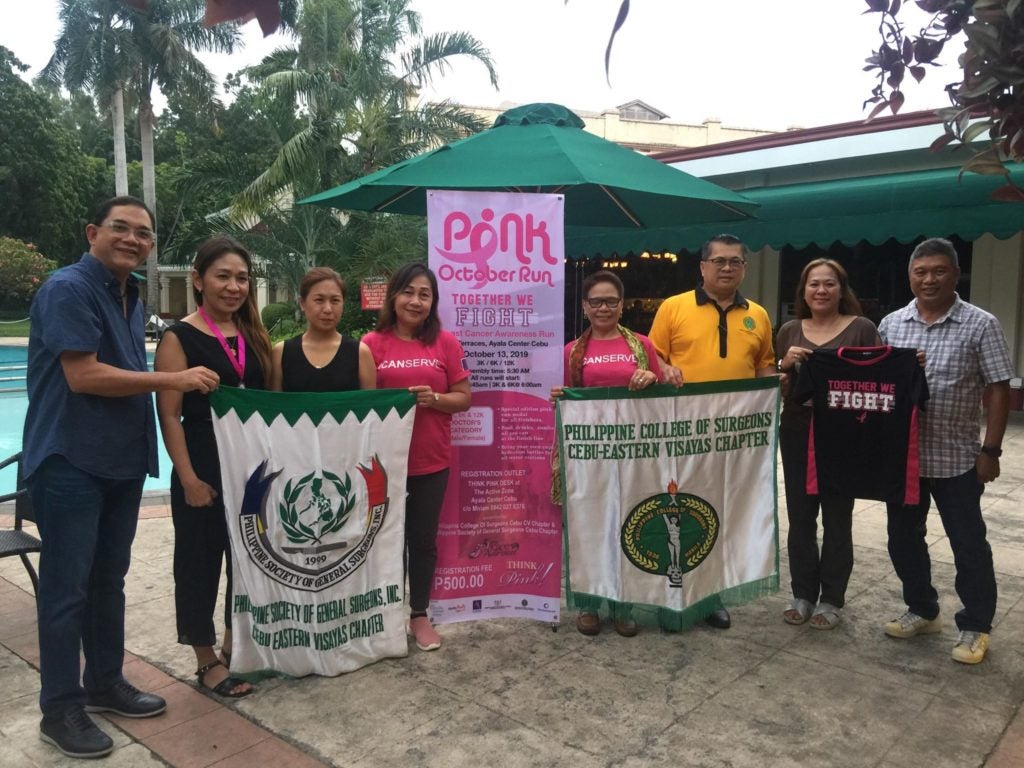 This is the reason why the Pink October Run continues with its 13th edition on October 13, 2019.

The event aims to continue spreading and disseminating information about breast cancer.

For only P500, one can contribute to the cause by joining the run which has three distances—3 kilometer, 6k and 12k.

All distances of this race, which has adopted the theme “Together We Fight,” will also have a special doctors’ category.

According to Dr. Peter Mancao, one of the organizers of the road race, since they started the run, they have been receiving more simple cases of breast cancer.

“We’ve been getting simple cases because of early diagnosis,” said Mancao, which means that the run has helped in spreading awareness about breast cancer.

The Pink October Run is just one of the activities held every October, which has been declared as the National Breast Cancer Awareness Month.

Dr. Jose Tan, president of the Philippine College of Surgeons Central Visayas Chapter, said that there is a calendar for cancer awareness and October has been the designated month for breast cancer.

Mancao and Tan were joined by Dr. Tess Annette Serrato-Libron, board member of the Philippine Society of General Surgeons; ICanServe Foundation’s Baby Hisoler and Nemia Medalle-Corilla; Mariam Callet; Malyn Oporto and race director Joel Baring during the press conference for the event held Wednesday, September 11, 2019, at the Casino Español.

Mancao said that they are targeting about 800 participants with the registration to start on September 30. Deadline for registration will be on October 12.

Those interested can register at the Think Pink Desk that will be set up at the Active Zone of Ayala Center Cebu.

Unlike other road races, the Pink October Run is the first race to give the finishers from all distance categories a finisher’s medal, which, this year, will be bigger and have a new design—a special edition pink run medal.

Mancao added that they are also the first race to implement a no plastic policy so participants are encouraged to bring their own hydration kits.

The run will start and end at The Terraces of the Ayala Center Cebu. Food and drinks will be served and a zumba activity will also await the finishers. The race route will just be within the Cebu Business Park.