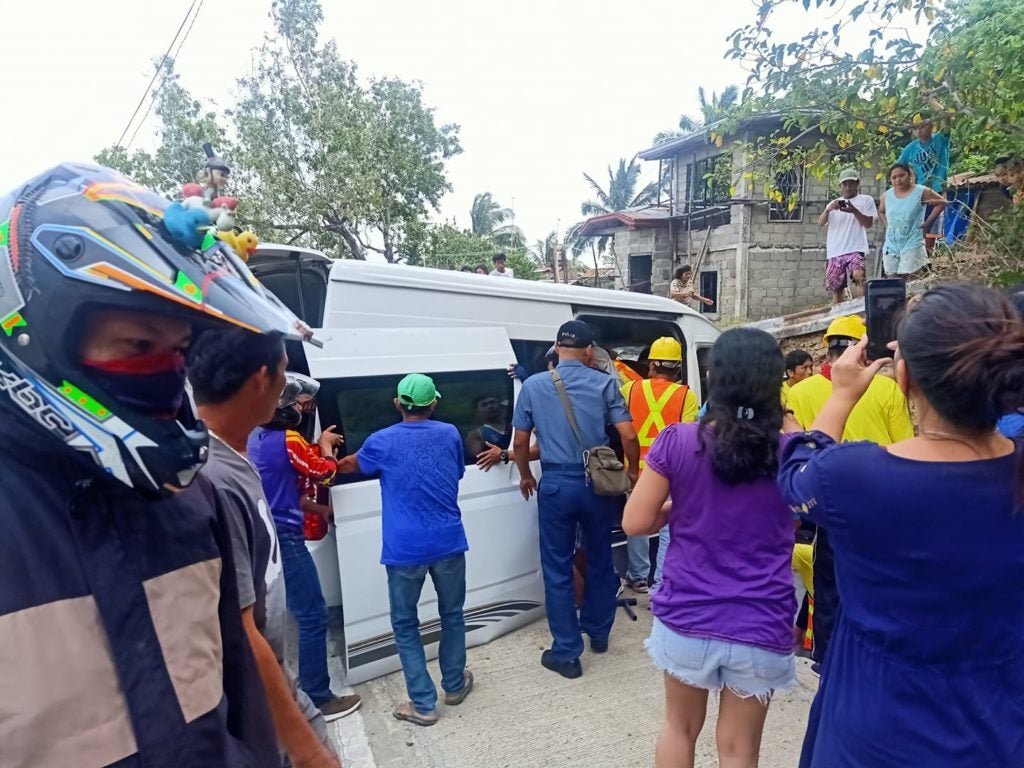 A private van meets an accident along the Transcentral Highway in Barangay Cansomoroy, Balamban, Cebu at 9:10 a.m., Sept. 15, 2019, injuring 12 people. | Photo courtesy of the Balamban Police

CEBU CITY, Philippines — A dozen persons were injured when a white Foton van met an accident while traversing the Transcentral Highway in Barangay Cansomoroy, Balamban, Cebu at around 9:10 a.m. today, September 15.

The van came from the IT Park in Barangay Lahug, Cebu City carrying 11 passengers who were supposed to head to Foressa Mountain Resort in Balamban for a team building activity of their company, according to an investigation conducted by the Balamban police.

While the van was traversing the downhill part of the highway, the brakes malfunctioned, which led driver Renato Pinote Arcenal to lose control of the steering wheel . The van then crashed into a cemented drainage at the side of the road.

Police Major Christian Torres, Balamban Police chief, told CDN Digital in a phone interview that the front of the van was badly damaged due to the strong impact of the crash, which also injured the  11 passengers and the driver.

Residents in the area who witnessed the incident immediately called for police and medical assistance.

According to Torres, the driver was not intoxicated, however, he might be facing a case of reckless imprudence resulting to damage to property and multiple serious physical injuries, if the passengers would decide to file charges against him.

As of writing, the 12 injured persons were still in Balamban District Hospital receiving treatment./elb