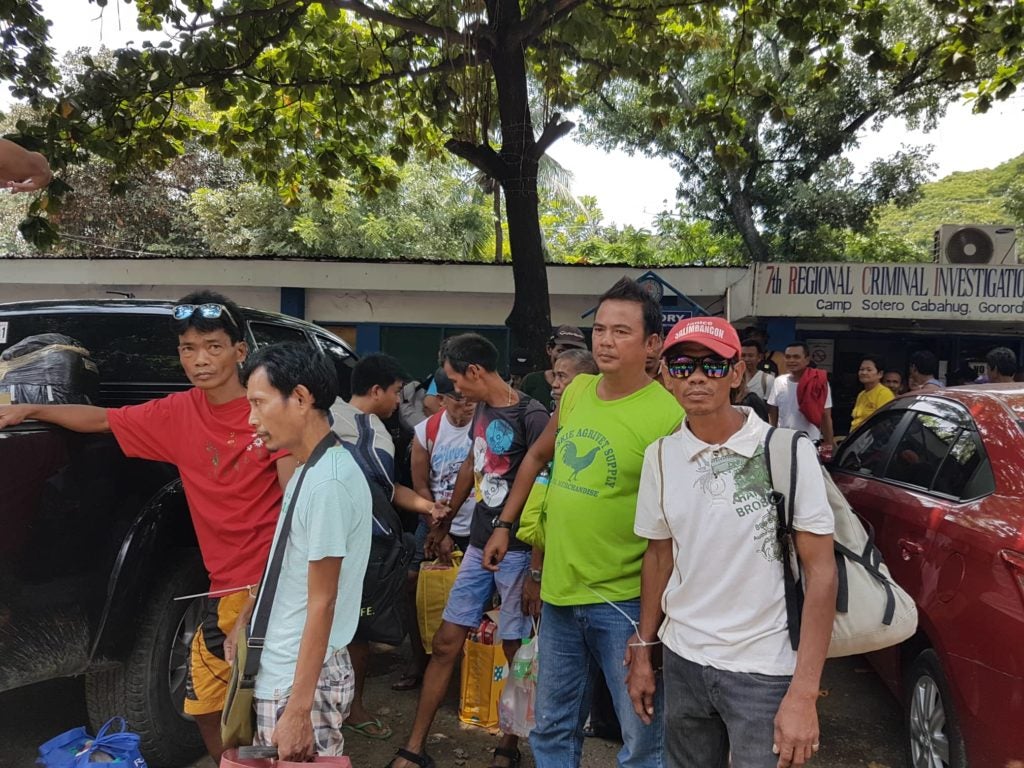 Part of the 42 convicts freed under the good conduct time allowance (GCTA) law who surrendered within the 15-day grace period  prepare to be brought to Abuyog, Leyte, on Wednesday morning, September 18, 2019.  CDN Digital photo | Alven Marie A. Timtim

CEBU CITY, Philippines—The Criminal Investigation and Detection Group in Central Visayas (CIDG-7) will continue to monitor convicts who were released with the help of the good conduct time allowance (GCTA) law and did not surrender within the 15-day ultimatum.

This developed after the Department of Justice (DOJ) ordered to suspend manhunt operation of those who didn’t surrender on time.

Police Lieutenant Colonel Hector Amancia,  CIDG-7 deputy chief, told reporters in an interview Friday afternoon, September 20, 2019, that they have followed the order of the DOJ and no longer proceeded with the manhunt operation.

But Amancia said they will continue to monitor those convicts who did not surrender within the original 15-day grace period since this will help them easily trace the names of the convicts who reflected on the initial list and on the final list.

“When the BuCor (Bureau of Corrections) can come up wit the final list, then we can activate the manhunt operation,” said Amancia.

The DOJ announced on Friday morning that the manhunt operations will be cancelled for the meantime to give way for the Bureau of Corrections (BuCor) to produce the final list of those heinous-crime convicts released under GCTA.

Amancia said they agree with the intention of the DOJ as there was a bit of confusion on the  list first released as there were GCTA-granted convicts who surrendered but were not included on the list. There were also others who were not supposed to be on the list but were included.

For now, Amancia said the CIDG-7 continues to accept GCTA surrenderers in their office.

Amancia added that whenever the higher officials would be able to secure the final list, the CIDG-7 is ready to activate their manhunt opearations. /bmjo