LOOK: Five of nine mahogany trees growing in the middle of Don Gil Garcia Street in Barangay Capitol Site, Cebu City were already cut by personnel from the Department of Public Works and Highways in Central Visayas (DPWH-7).

The four remaining trees were already premarked for cutting.

The removal of the trees is part of the DPWH-7 initiated road widening project there.

Residents in the area say that most of the the mahogany trees were more than 50 years old. Some of these were already there during the World War II.

Photos below were taken by Gerard Vincent Francisco: 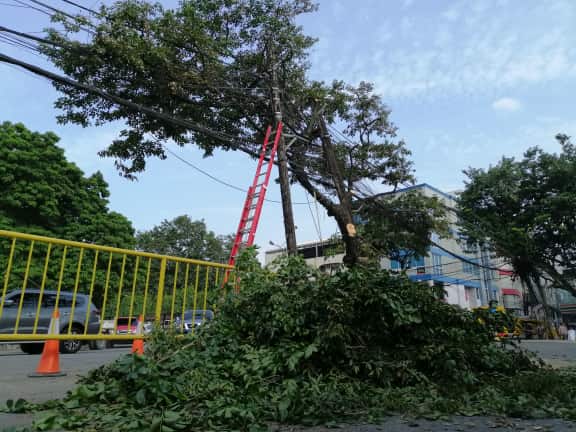 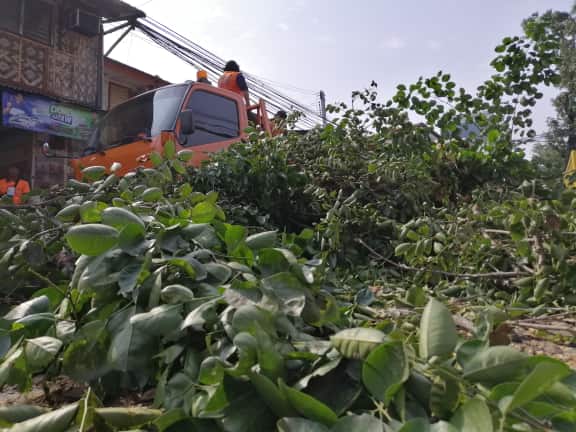 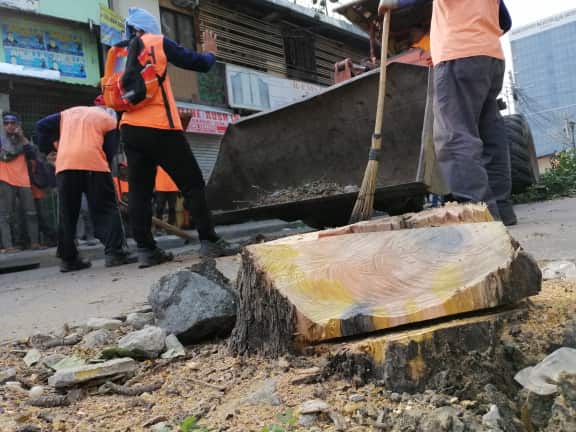 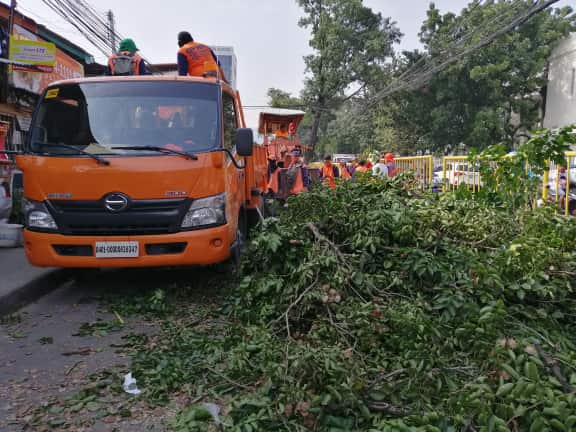 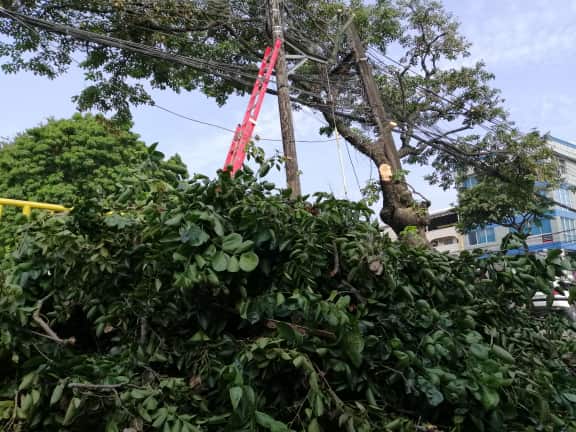