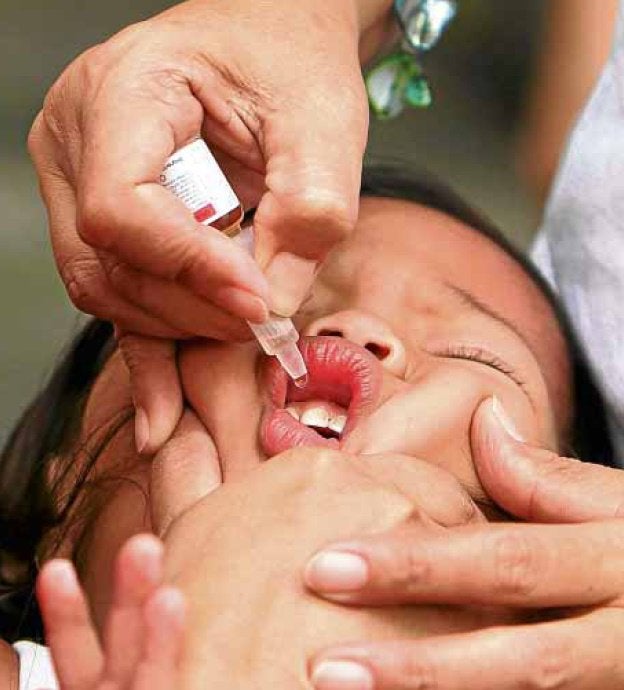 The Department of Health is conducting a synchronized oral polio vaccination starting October to protect children under 5-years-old against the dreaded polio virus. | Inquirer File Photo

CEBU CITY, Philippines — While Cebu province has remained polio-free, the Cebu Provincial Health Office (PHO) is asking parents to have their children vaccinated to avoid the dreaded disease.

She expressed worry that only 26,086 of the about 40,000 Cebuano children aged below one-year-old received the anti-polio vaccine between January to June of 2019.

Polio or poliomyelitis is a disease that commonly affects children that are below 15-years-old. It is caused by the polio virus that is contracted through person to person contact or a person’s contact with an infected body fluid or contaminated food.

But this can be prevented if a child is given three doses of the anti-poliovirus vaccine.  The first dose of the vaccine is given to children who are below one-year-old to increase their immunity against the infection.

Sadly,  Giangoo said that the rate of anti-polio immunization started to drop since the later part of 2017 and throughout 2018 as a result of the scare caused by the dengvaxia (dengue vaccine) controversy.

(The poliovirus vaccine has been there for the longest time and has been proven effective unlike the dengvaxia (vaccine). I am appealing to the Cebuanos to have their children vaccinated.) / dcb