DILG Usec Densing: So far so good for Cebu City 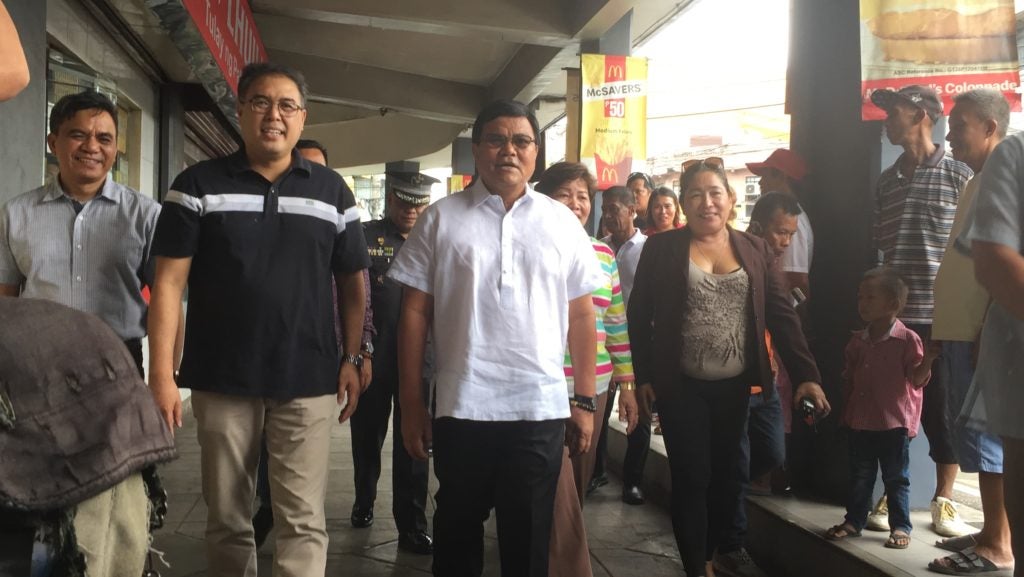 Densing made an ocular inspection of sidewalks located along Colon Street and parts of Osmeña Boulevard this afternoon, September 30, to check on the city government’s compliance with the order of Department of Interior and Local Government (DILG) Secretary Eduardo Año to rid all roads in the country of obstructions.

The deadline for the 60-day notice already lapsed today.

Densing congratulated Mayor Edgardo Labella for his administration’s compliance with the DILG order and for taking care of the displaced sidewalk vendors.  City Hall also fixed visible damages that could be seen on the sidewalks and canals, he added.

The areas which he visited included “Tabo sa Banay” located along F. Gonzales Street in downtown Cebu City where 250 sidewalk vendors, who were displaced from Colon Street, were recently relocated.

Densing was also set to visit other Local Government Units in Cebu for an ocular inspection.

In an interview with Cebu reporters, Densing said that DILG will be sending a validating team here within the week for the final inspection.  The validating team will consist of representatives from DILG, Philippine National Police, Bureau of Fire Protection, and a representative of a non-government organization. They are tasked to make a final report of the LGUs compliance of DILG’s road clearing order.

Validation will be based on a criteria which they earlier set while their final report will already be made available on October 5.

During their talk, Densing told Labella to make sure that they are able to sustain the cleanliness and orderliness of sidewalks.  He said that vendors should not be allowed to return to the sidewalks.

Labella promised Densing that he will exercise his political will to keep the city’s sidewalks unobstructed.

Aside from providing sidewalks vendors will a relocation site, Labella said that he was also planning of opening night markets where they could sell.

“Night markets are a trend in Asia.  We can (also) do that here in Cebu City,” he said.

While he is yet to give a time frame for its implementation, Labella said that he already introduced the idea to some vendors and coordinated with officials of barangays that may host these night markets. /dcb