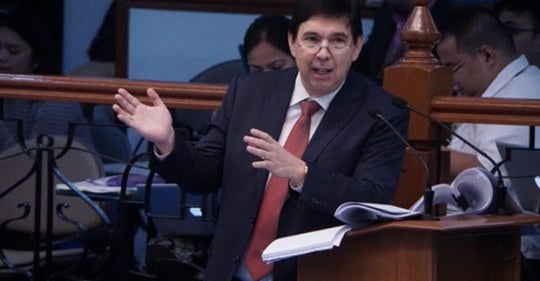 Recto explained that most public school teachers, or close to 772,000, have the positions of Teacher I to III with Salary Grades of 11 to 13.

There is a four-salary grade gap between Teacher III to Master Teacher I, but the DepEd can only fund so many master teacher positions, so many are stuck at Teacher III, he said.

“Many are stranded for years, or even forever, in deadend positions where promotion is delayed or impossible because of missing rungs in the DepEd career ladder,” he said.

“Teachers joke that they entered the DepEd as bachelorettes, and now that they are grandmothers, they are still at Teacher III,” he added.

To close the gap, Recto proposed the creation of four new ranks of Teacher IV, V, VI and VII with Salary Grades 14 to 17.

“These are the bridge items to Master Teacher I. Creating them is only just and fair.”

“One of the pillars of civil service is the predictability of meritorious promotion. In the case of the DepEd, there seems to be a glass ceiling which prevents the career progression of the truly deserving,” he said.

Recto said he was informed that Education Secretary Leonor Briones had asked the Department of Budget and Management to create these positions.