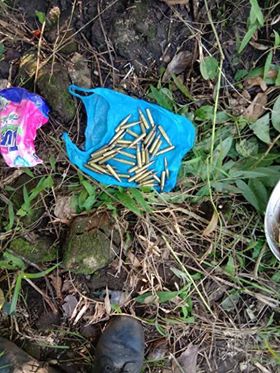 The search and destroy operations for fleeing NPA rebels on Negros Island continues as government troops from the 31st Division Reconnaissance Company (DRC) under the operational control of the 62nd Infantry Battalion once again engaged in a running gun battle with more or less 15 suspected rebels  in Sitio Bugo, Barangay Buenavista, Himamaylan City  at 5:20 a.m. on Sunday, October 6, 201

As earlier reported, the 30-minute exchange of gunfire resulted to the death of two suspected rebels and discovery of an NPA encampment area, according to the press statement from the 303rd Infantry Division, Camp Gerona, Murcia, Negros Occidental.

There were no casualties on the government side. 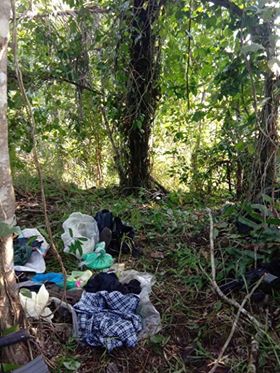 “We will continue to hunt you down, we will not stop until the last one of you drops. We have given you two options; you either surrender now, or die fighting for a meaningless belief and for people who are only using you for their selfish intentions, the choice is always yours,” said Brigadier General Eric Vinoya, Commander of JTF Negros.

As of press time, the troops are still in the area conducting follow-up operations.

Vinoya added, ”We will be relentless in our conduct of Focused Military Operations to ensure that the Negrenses will be guarded from threats imposed by the CPP-NPA Terrorist. We are here to help them fulfil their dream of an insurgency-free and progressive community where they can live peacefully and grow economically.”

Vinoya reiterated the military’s call for the insurgents to surrender and avail the government’s reintegration program and live a normal life with their respective families./elb

Read Next
Abandoned bag with P2.7M shabu turned over to police by residents