Gwen: 48 roadside trees in Carcar City will not be cut for now 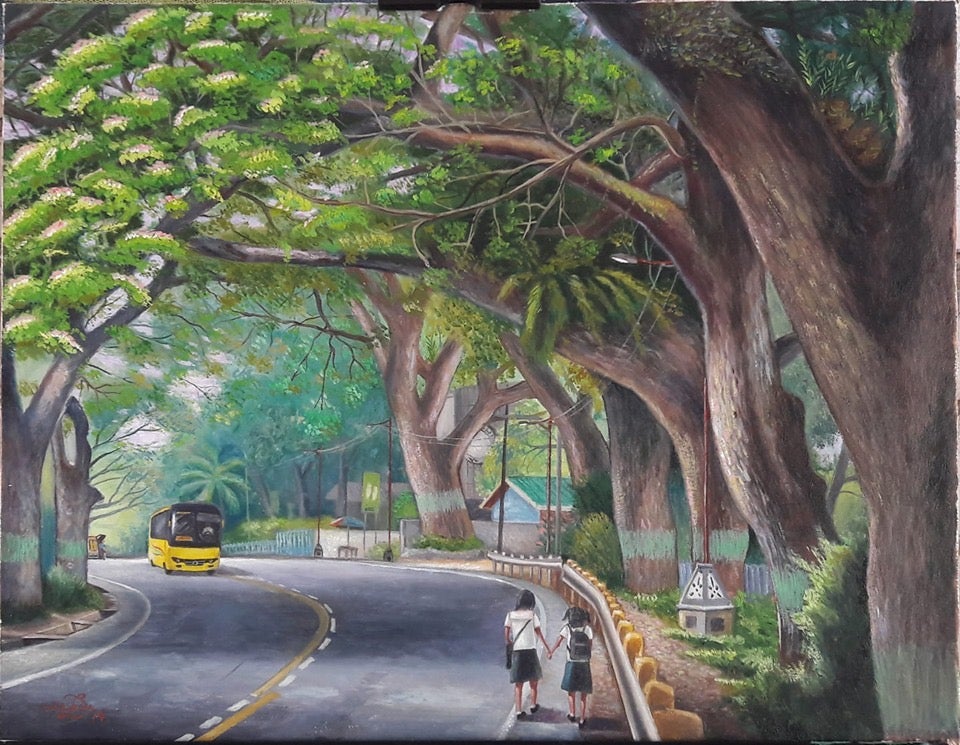 A teacher from Carcar City has joined the campaign to save roadside trees by posting online his painting of the centuries old trees. | Contributed Photo

CEBU CITY, Philippines — The 48 Acacia trees that stand along the national highway in Carcar City in southern Cebu will not be cut, at least for now.

During her press conference earlier today, October 16, Garcia said that DENR officials had informed her that they have not issued any cutting permit for the roadside trees in Carcar City.

“This is because for the year 2020, wala pa masulod sa budget ang concreting and widening of that section of the road in Carcar City,” Garcia said.

(The is because for the year 2020, the allocation for the concreting and widening of that section of the road have not been approved yet.)

Read More: No one stops cutting of century-old trees in Naga City this time

As for the 32 trees in Naga City, Garcia said that a reassessment and ocular inspection will be made by the DENR, DPWH, the Provincial Environment and Natural Resources Office (Penro) and the concerned Local Government Unit.

¨Penro will again test each tree on its health, kung healthy pa ba gyud na or nag barog na lang na (to determine if the trees are still healthy or just standing there) or if it is already rotting inside posing further risk and hazards to all traffic using that road,” said Garcia.

Read More: Gwen to ‘listen’ to mayors, DENR, DPWH first on tree cutting issue; vows to save trees where they can

During the ocular inspection, the DPWH and the Naga City Government will also look into the location of the trees to determine if these aren’t obstructing the national highway and even the sidewalk.