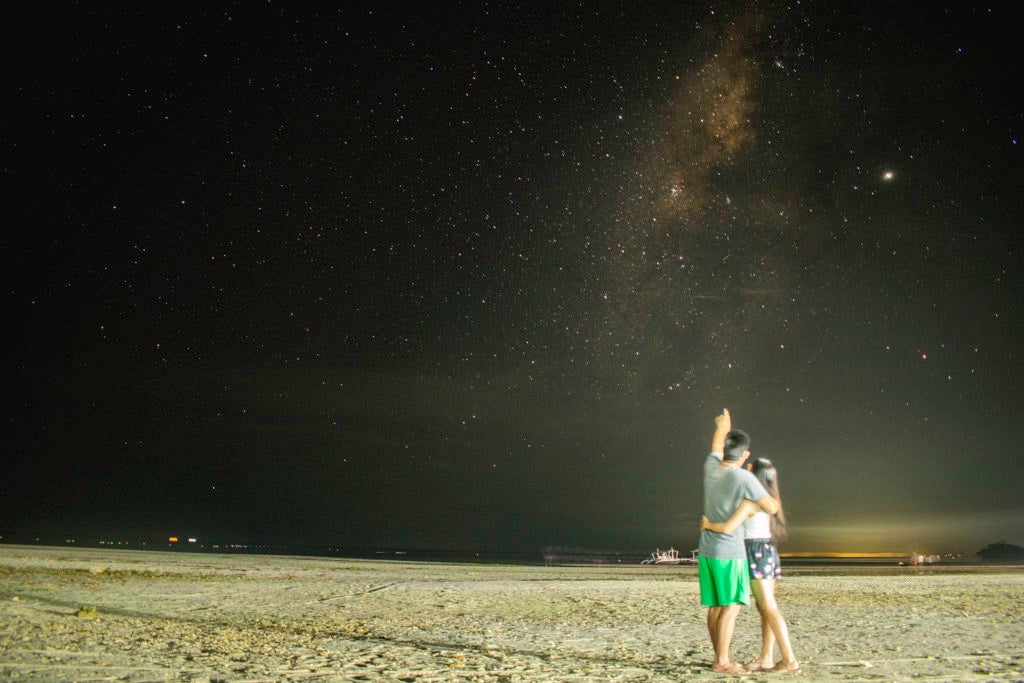 CEBU CITY, Philippines—A netizen from Mandaue City hit two birds with one stone in a weekend getaway with his girlfriend.

While other couples go for a date in malls, movie houses, and restaurants, Ted Anthony Tarona and his girlfriend Larisse Zafico chose to have some quality rest and relaxation time in a beach in Camotes Island, Cebu last Saturday, October 19, 2019.

And boy did they choose the right time to do so as they were treated to a beautiful view of the night sky that Saturday night.

Tarona, an electrical engineer from Mandaue City, Cebu, shared to CDN Digital the marvelous shots he took of the night sky from the famous Santiago Bay of Camotes Island.

“We went to Camotes to spend the weekend together, but we wanted to do something different. How about a date where you can chill by the beach and watch the Milky Way rise from the horizon while a meteor shower’s happening at the same time? And it happened,” says Tarona.

It was indeed a perfect time to stare at the sky on Saturday as the weather bureau announce last week that a meteor phenomenon called “October Orionids” would light up the night sky over Cebu and other parts of the Philippines from October 17 to October 25.

And October 19, according to the Philippine Atmospheric, Geophysical and Astronomical Services Administration (Pagasa) in Mactan, Cebu, was among the days wherein the sky would be clear from obstruction.

Tarona said he took the photos using a DSLR camera at around 7 p.m.

Tarona said he didn’t regret choosing to go to the beach on that weekend as not only did he spend quality relaxing time with his girlfriend, but also captured amazing photos of the night sky that, according to him, he will treasure forever. /bmjo