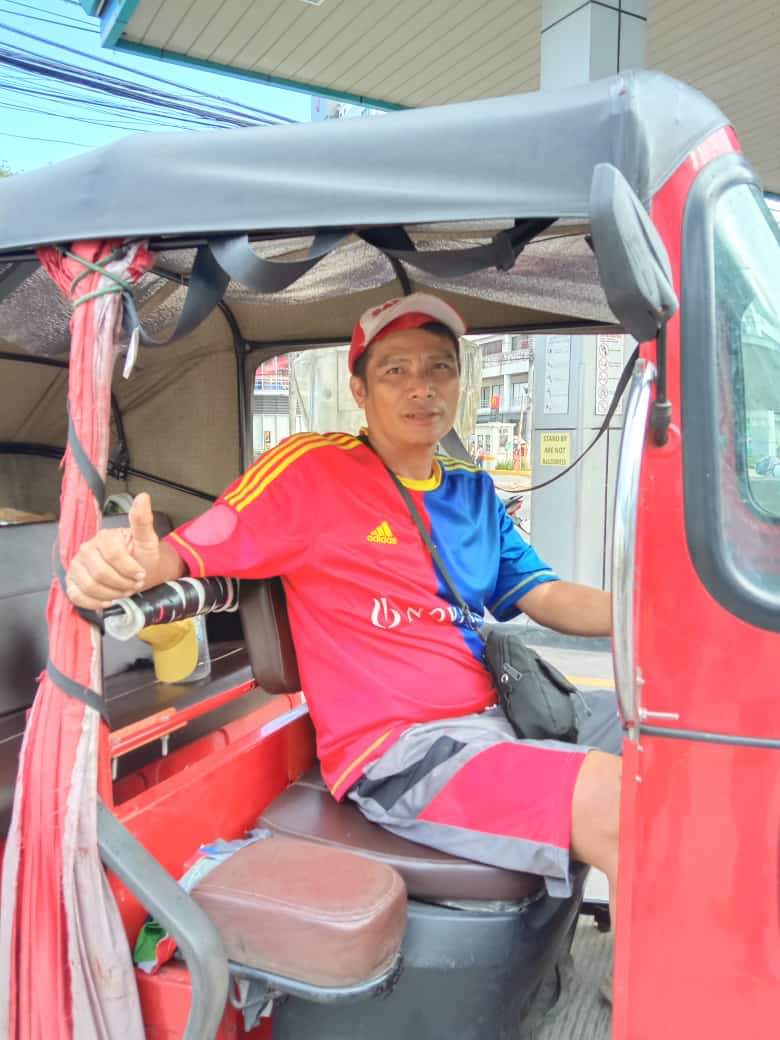 Rocelito “Dito” Jancinal, 47, does not let his disability get the best of him. Dito cannot move his feet but he is earning money from being a farmer-entrepreneur and a tricycle driver. | Photo courtesy of Mercury Montebon

CEBU CITY, Philippines — A quiet Saturday afternoon, April 13, 2013, in the mountain barangay of Babag turned out to be a disaster when Rocelito “Dito” Jancinal fell off a 20-foot coconut tree.

Dito, husband of Patricia and father to four girls, was immediately rushed to a private hospital and underwent a life-altering operation.

His spinal cord was damaged from the accident, which paralyzed half of his body.

That year, Dito was working as a contractual employee for a telecommunications company. Three years before that in 2010, he retired as a full-time employee of the same company.

(We almost spent all my retirement money from the accident. Those were trying times for us because two of my children were already in college.)

(A teacher from Busay offered that my daughters stay in their house in the city so we can save the money that is allocated for their transportation from home to school and back.)

Dito started undergoing therapy sessions and worked on home exercises so he can recover quickly.

He woke up as early as 4 a.m. to tend to his small cutflower farm located near his house.

The earnings from the cutflower harvest supported his therapy sessions and his family’s needs.

Dito’s determination was so powerful that after six months, he was able to slowly stand up.

“I crawled in the farm to remove the weeds. I smelled the dirt. I start early because my pace is so slow. But I had to work hard for my family,” he says. 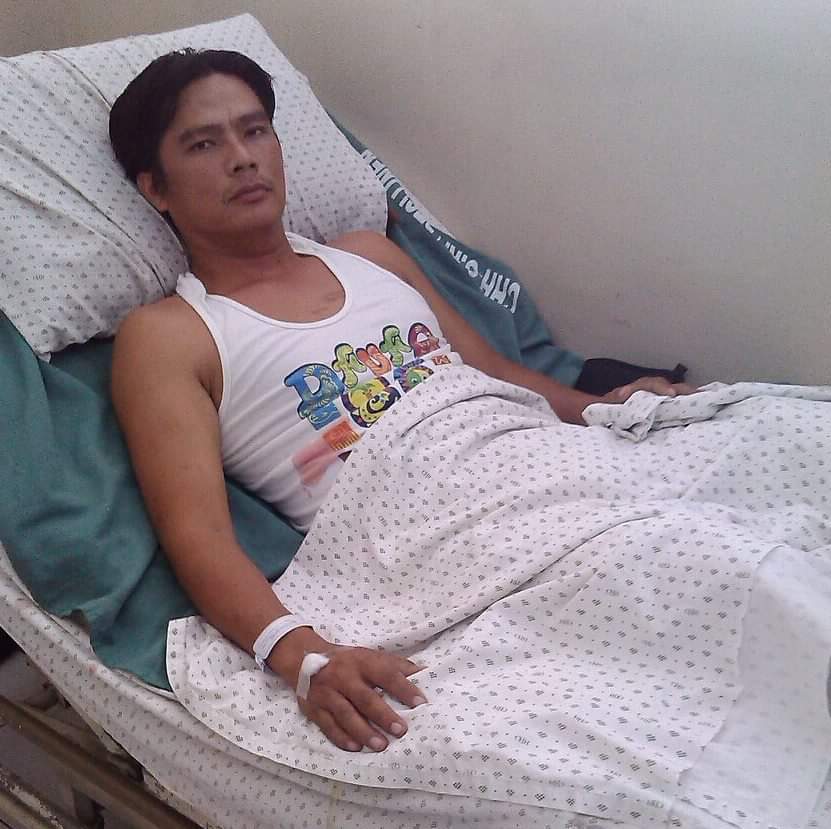 This is Rocelito “Dito” Jancinal six years ago after he fell off from a 20-foot coconut tree that damaged his spine and paralyzed half of his body. | CONTRIBUTED PHOTO

(I slowly accepted my condition with a positive view.)

With hardwork and perseverance, his two daughters, Patre Rose and Rhealyn, graduated with degrees in business administration and information technology.

Patre Rose, 24, and Rhealyn, 23, are now helping their parents in spending for the needs of their two other siblings in school.

Ronahmae, 16, is studying hotel and restaurant services, while the youngest, Rashinah Ryca, 9, is an elementary pupil. 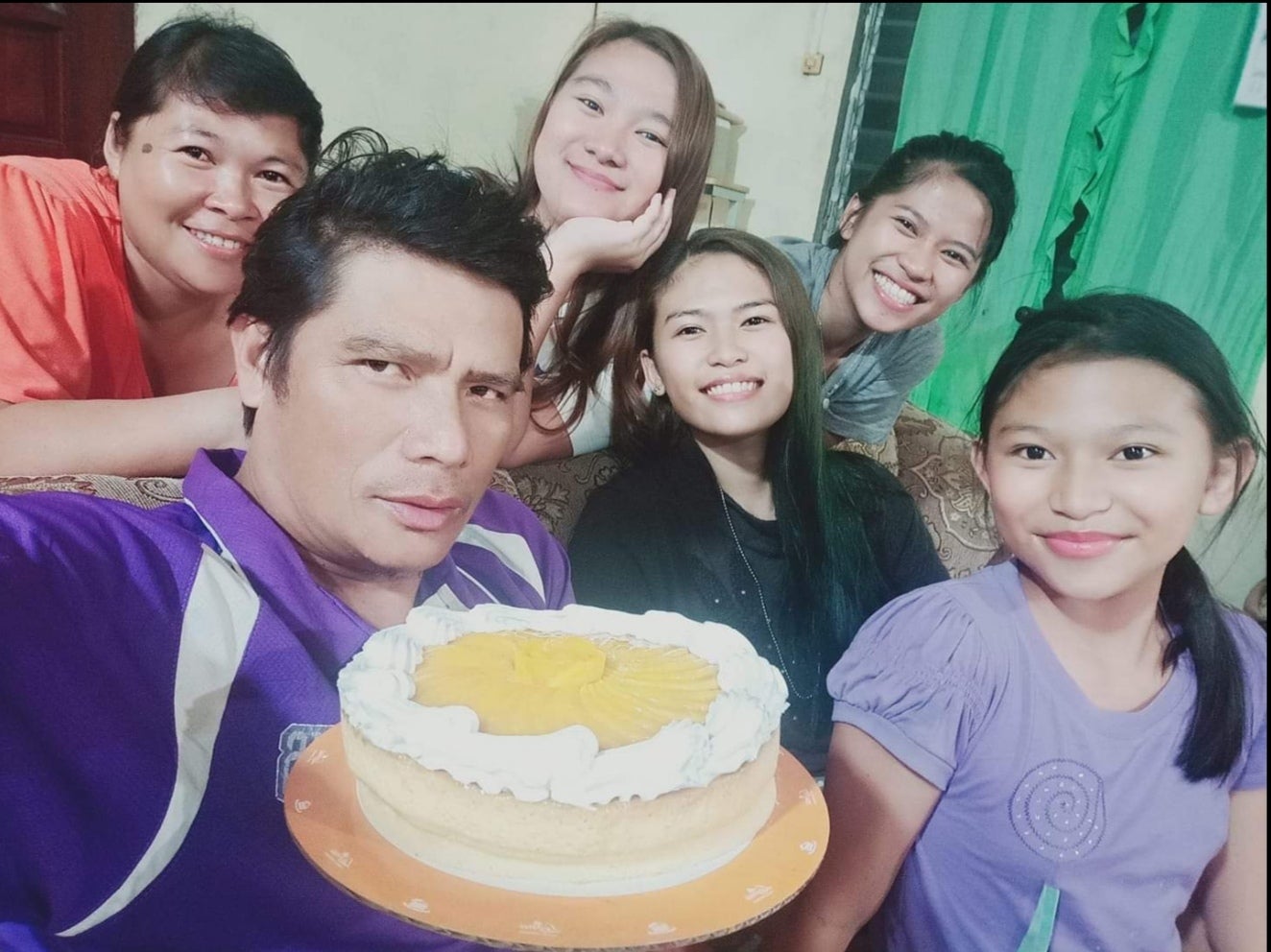 Farmer-entrepreneur Dito Jancinal says the family encountered trying times in 2013 when he fell off a 20-foot coconut tree that paralyzed half of his body. With prayers and family support, he is well on his way to recovery. | CONTRIBUTED PHOTO

In 2016, Dito joined the Cebu Farmers Market, selling what he was growing in his farm. This includes passion fruit and potted herbs.

He also sold coconut vinegar which is harvested from a piece of lot he owns in Catmon town in northern Cebu.

He bought the Catmon property when he was still working for the telecommunications company.

Interested to know more about organic farming, Dito attended various seminars about the topic and also learned how to be a “smart farmer-entrepreneur.”

He will fully pay the tricycle by next year, 2020.

Dito cannot move his two feet so he uses a pair of crutches to get him moving.

His tricycle gives him more mobility. 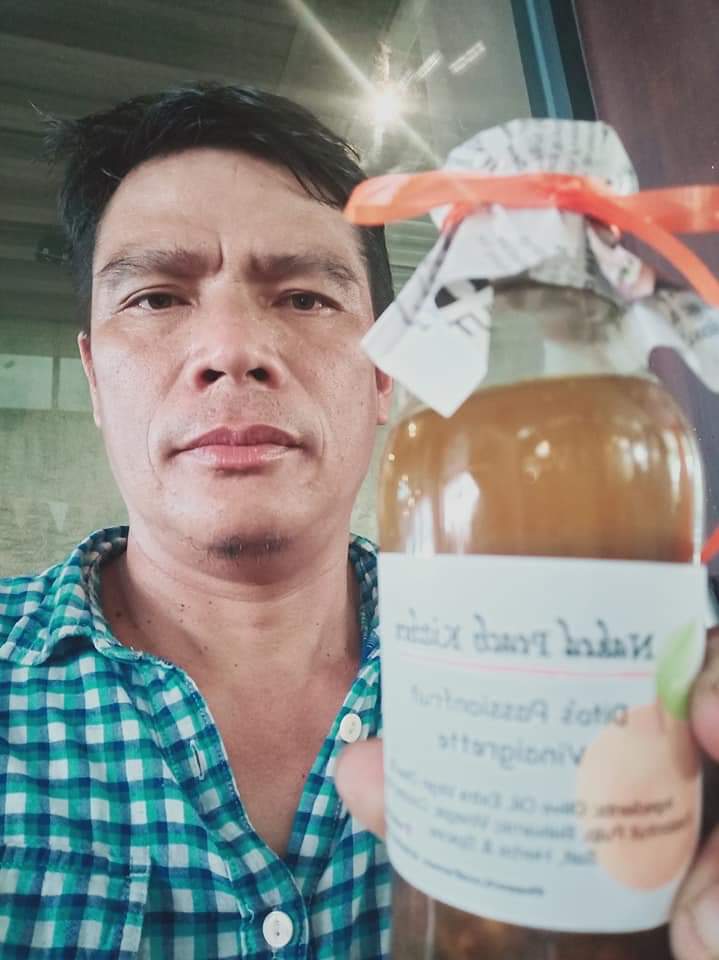 These days, Dito Jancinal is a farmer-entrepreneur who earns his income from selling pure vinegar, passion fruit vinaigrette, cut flowers and other produce from his farm. He is also a proud tricycle driver who transports mountaineers and hikers from the mountain barangays to area near JY Square in Lahug, Cebu City. | CONTRIBUTED PHOTO

Now 47 years old, Dito is in the cutflower and hog-raising businesses. He sells passion fruit and potted herbs.

He had since developed his own vinegar blends namely Dito’s Sinamak Pure Coconut Vinegar and Dito’s Passion Fruit Vinaigrette.

On Sundays, after going to church, he drives around Babag 1 to look for passengers.

His passengers are usually hikers and mountaineers who traverse the Napo-Babag-Busay trail.

(It’s all about working hard because there’s no shortcut in order to be comfortable in life. As long as we do the right thing and we don’t step on other people just to rise above them, we will succeed in life.)