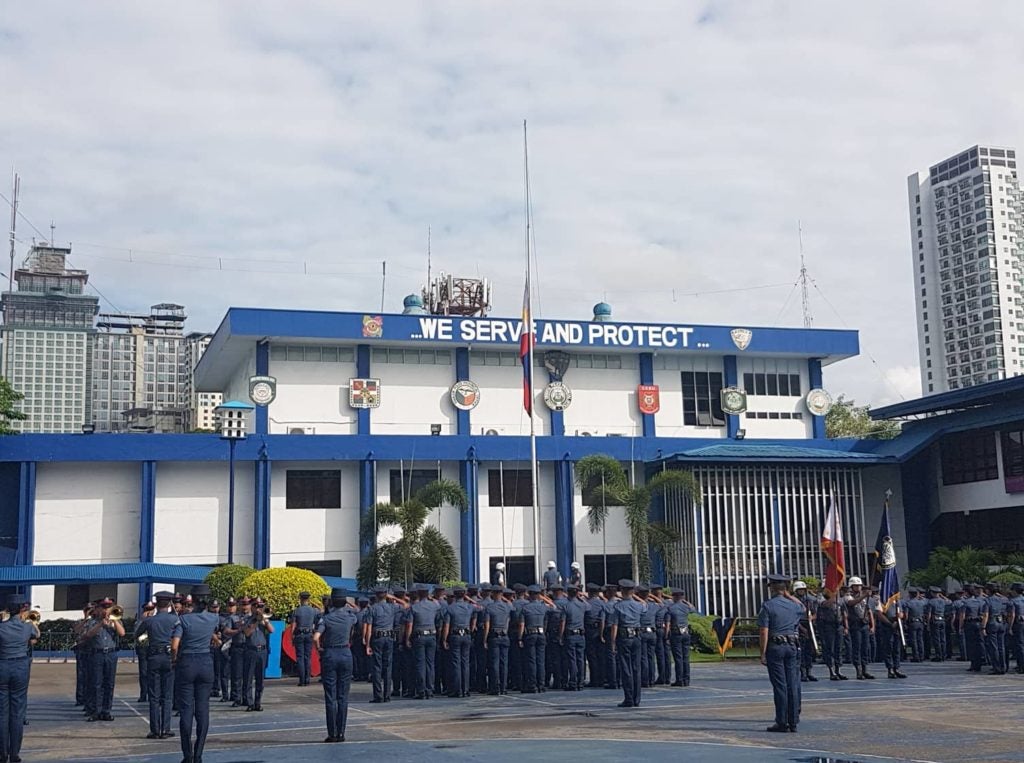 Policemen gathered at the grounds of the Police Regional Office in Central Visayas (PRO)-7) this morning, October 28, 2019, for their weekly flag raising ceremony. | Alven Marie A. Timtim

CEBU CITY, Philippines — Uniformed policemen will be everywhere during the All Saints’ and All Souls’ Day celebrations.

Police Brigadier General Valeriano De Leon, director of the Police Regional Office in Central Visayas (PRO-7), said that he is deploying at least 7, 000 policemen or around 80 percent of their actual workforce to secure cemeteries, seaports, airports and bus terminals during the two-day celebration.

“It is a habit already of the Philippine National Police (PNP) to go around at these areas,” De Leon said in a press conference held this morning, October 28, 2019.

While most of the policemen are out on field, the remaining 20 percent will be left to oversee the continuous operation of their respective police stations.

De Leon also challenged the different station commanders to be visible in public places to especially assure Cebuanos of a safe and peaceful celebration.

As a precautionary measure, the PRO-7 director is asking people to refrain from posting their whereabouts and activities on social media to avoid from attracting attention especially that of criminal elements.

De Leon is asking the public to make sure that they lock their doors before they leave their homes to do cemetery visits.

While most Cebuanos are away, De Leon is asking barangay officials to order the conduct of foot patrols within their vicinity as a deterrence to criminality. / dcb