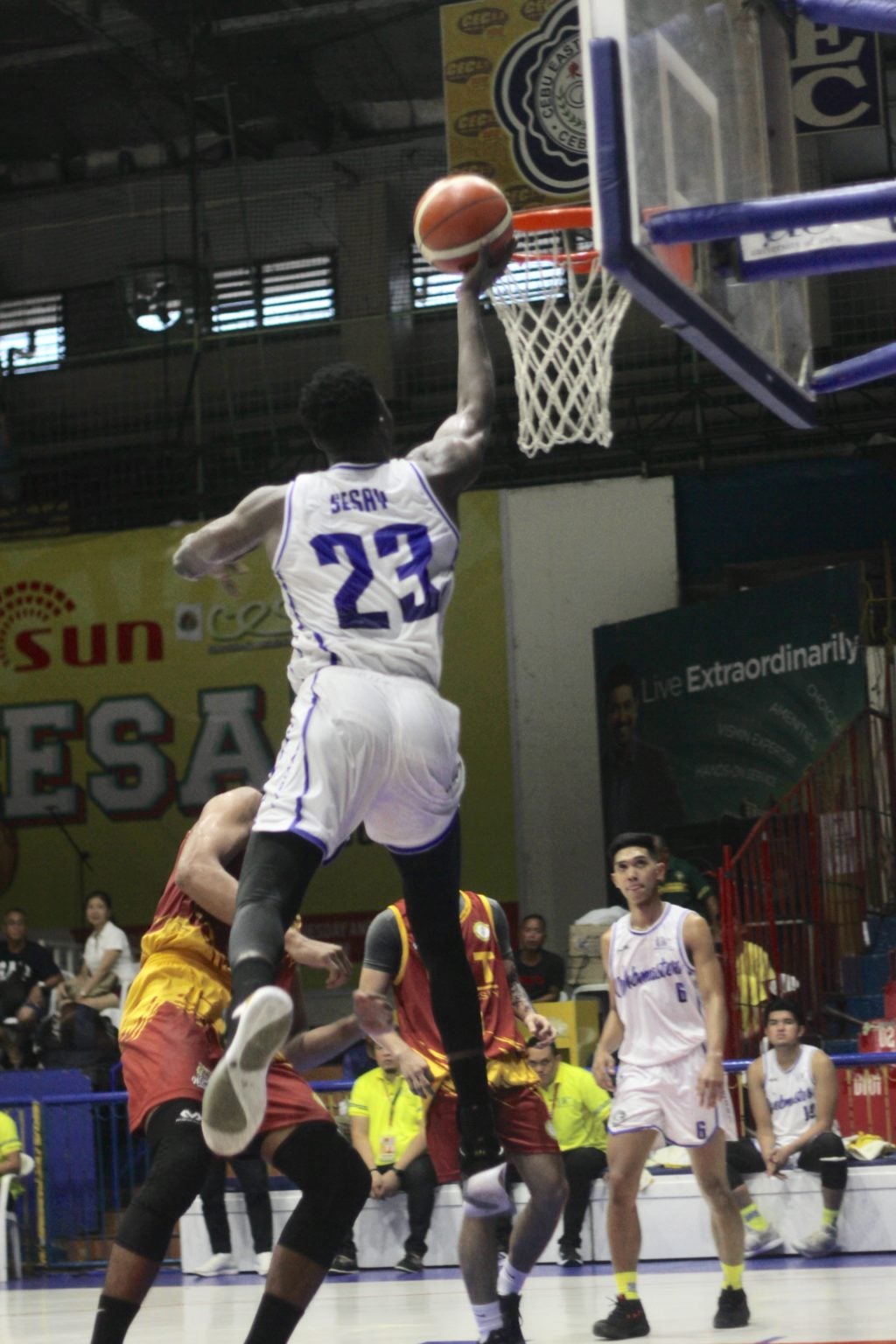 UC’s Tosh Sesay will be among the participants in this year’s Slam Dunk King of the Cesafi All-Stars. CDN Digital file photo

This as foreign student-athletes will be competing in the much-awaited side event of the All-Star Games scheduled on November 10, 2019 at the Cebu Coliseum.

The Cesafi released on Thursday, October 31, 2019, the list of players who will be competing. It is made up of two locals and six imports.

Topping the list is 2017 Slam Dunk King Miguel Gastador of the University of San Jose-Recoletos (USJ_R). The other local in the list is Cebu Institute of Technology-University’s (CIT-U) John Jabonete

Read: Gastador on going up against imports: ‘I have faith and trust in myself’

“This my first year here in the Cesafi, and I’m glad to be selected,” said the 6-foot-4 Swint from the USA. “Hopefully, I can get the win.”

The 24-year-old Swint said he will start preparing for the event, especially since he has just a week left before the competition.

“I got a week to think of some dunks. I’ll come up with something,” said Swint.

Like Swint, UC’s Sesay also said he will begin his preparation.

Sesay even hinted about something special for the fans.

“Something good will be out for them,” he said.

But not all imports may see action in the slam dunk competition.

Lamine Thiam of the front running  SWU-Phinma Cobras said he is doubtful about the dunk contest due to a shoulder injury.

The 21-year-old, 6-foot-6 student-athlete from Senegal said he suffered the injury last week.

Cesafi commissioner Felix “Boy” Tiukinhoy, in a phone interview with CDN Digital, said a player may be excused from the All-Star events if he is injured.

But the long-time commissioner said the player’s injury must first  be verified by the league’s head physician, Dr. Rhoel Dejano, before he may be excused.

Tiukinhoy warned that anyone who won’t participate in any of the All-Star activities will be meted a three-game suspension.

This should be a point of concern for Lass Coulibaly of UV.

The 22-year-old import said he likes the idea of imports joining the dunk contest but said he will skip this year’s competition because, according to him, he’s not ready yet.

“I’m not sure if I’ll be part of the slam dunk competition. Maybe next time,” said the 6-foot-10 import of the defending men’s champions.

“I like the slam dunk (competition) but not this year.”

Sommy Managor of USC is also thinking twice about joining.

“I still have to think about it, and also ask my coaches,” he said.

Actub won’t be around to defend the title as he is already with the San Sebastian College-Recoletos in Manila, according to UV athletic director Dr. Chris Mejarito.