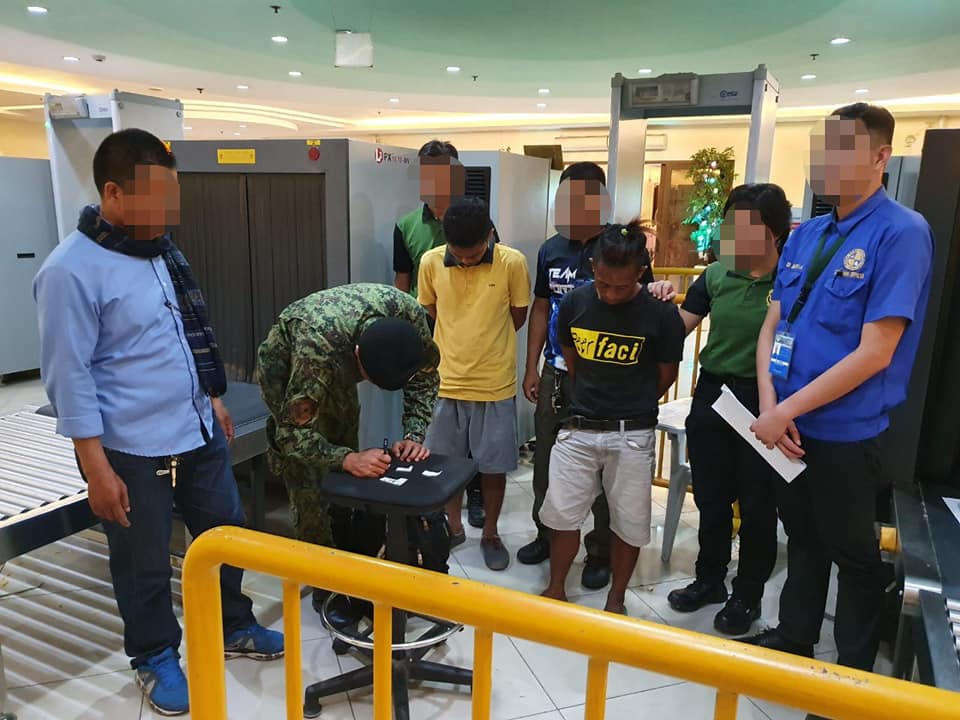 A laborer and a student, who were bound for Hilongos, Leyte, were arrested at the Pier 3 terminal in Cebu City, Friday night, November 1, 2019. | Photo grabbed from the PDEA RO VII – Central Visayas Facebook page

CEBU CITY, Philippines – Three men were arrested for the possession of suspected shabu and assorted drug paraphernalia while at the vicinity of the ports of Cebu City on Friday November 1, 2019.

The three, who were identified as Joseph Moreya, 23; Japhet Lasaga, 41; and Jovard B. Morata, 25, were arrested during the inspection of their belongings.

Confiscated from their possessions were four packs and 16 sachets of suspected shabu worth around P40, 800 and assorted drug paraphernalia, says a reported posted on the PDEA RO VII – Central Visayas earlier today, November 2.

Their arrest was made possible through the efforts of the Philippine Drug Enforcement Agency in Central Visayas (PDEA-7), Maritime Police and Cebu Port Authority (CPA) Police.

Moreya was first to be arrested at about 1:30 p.m. on Friday at the vicinity of Pier 2 in Cebu City.

The port worker was caught with 16 sachets of white meth weighing at least four grams and worth P27, 200 and assorted drug paraphernalia.

Five hours later, the joint team also arrested Lasaga and Morata at the Pier 3 terminal.  Both were bound for Hilongos, Leyte.

Lasaga, a construction worker, and Morata, a student, possessed four packs of shabu weighing two grams and worth at least P13, 600.

Complaints for the violation of the Comprehensive Dangerous Drugs Act of 2002 are now being prepared against the three suspects , said the PDEA-7 FB post.