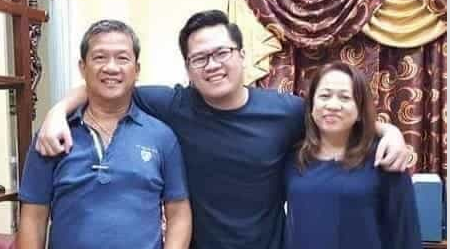 Members of the Liga ng mga Barangay(LNB) in San Fernando town are yet to elect their new president to replace the late Councilor Ricardo “Noynoy” Reluya (left). Also in the photo are town Vice Mayor Ricci Reluya and his mother, re-electionist Councilor Lakambini Reluya. | Contributed Photo

Former LNB  national president Faustino “Inno” Dy V said that the election of the town’s new liga president was stalled as a result of the turnover of leadership at their national headquarters.

Dy vacated his post as the LNB national president after he won as  Isabela district representative in the May election.

He was replaced by incumbent president Eden Penida, who promised to look into the concern of San Fernando barangay captains to address their leadership vacuum.

Dy said that the new leadership of the LNB national executive board has to give authority for the 21 barangay captains in San Fernando town to hold a special liga election before they could select their new president.

“If their request was submitted before May, it was still during my time. After the election, we had a turnover and it actually took us a while bago kami nakapag turnover,” Dy said during an interview at the LNB national convention that was held in Cebu City during the weekend.

He said that the request of San Fernando barangay captains to hold a special election will have to be calendared for discussion during the LNB national executive board’s quarterly election.

The leagues vice president, Johnny Arriesgado of Barangay Magsico, was also killed in another ambush a week before Reluya was gunned down.

Until a new LNB president is named, San Fernando Vice Mayor Ricci Reluya said that barangay captains will have to write the Municipal Council to raise their concerns.

But Ricci is confident that a new LNB San Fernando president will be named soon. / dcb