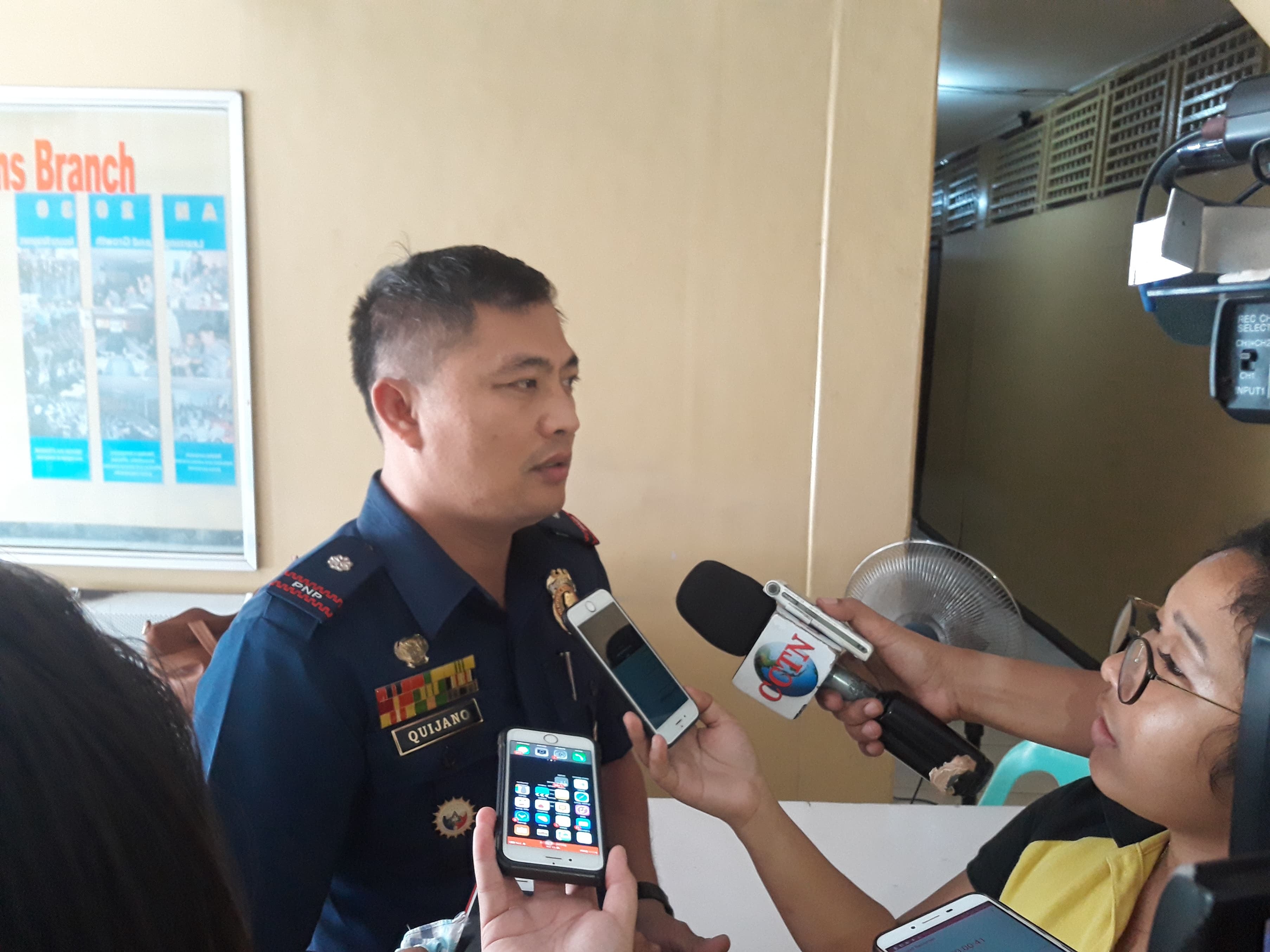 Police Major Elisandro Quijano has taken over as chief of Abellana Police Station following the relief of eight officers who are under probe in relation to the ambush-slay of Clarin mayor David Navarro. | CDND FILE PHOTO

CEBU CITY, Philippines — The Abellana Police Station is currently understaffed after the relief of eight officers who are under probe in relation to the ambush-slay of Clarin mayor David Navarro.

This was revealed to CDN Digital by Police Major Elisandro Quijano, who took over as chief of Abellana Police Station on November 1.

Quijano, who used to be assigned at the Cebu Police Provincial Office (CPPO) operations department, said the station has one case investigator left as several of the officers who were relieved were mostly investigators.

Police Brigadier General Valeriano De Leon, chief of Police Regional Office in Central Visayas (PRO-7), ordered the relief of Police Major Eduard Sanchez and seven other officers on November 1 to give way to the investigation conducted by the National Bureau of Investigation (NBI).

Apart from Sanchez, the police officers holding the ranks of Police Master Sergeant, Police Staff Sergeant,  Police Corporal and Patrolman were ordered relieved by De Leon on November 1 to give way to the NBI investigation.

As result, Quijano said each personnel is multi-tasking to ensure that it is business as usual at the station.

Quijano is hoping that the additional officers he requested from PRO-7 will be deployed to the Abellana Police Station soon.

Quijano admitted that his sudden appointment as station chief is a major challenge as there are upcoming big events in Cebu City such as the Christmas season and the Sinulog Festival.

Like a good soldier, Quijano said he will do his best to perform his duties as station chief.

Before Sanchez and the seven officers were relieved from their posts, De Leon also ordered the relief of Police Colonel Gemma Vinluan, chief of the Cebu City Police Office (CCPO), from her post pending the outcome of the NBI probe.

Navarro was detained at the Abellana Police Station before he died in an ambush on October 25. / celr