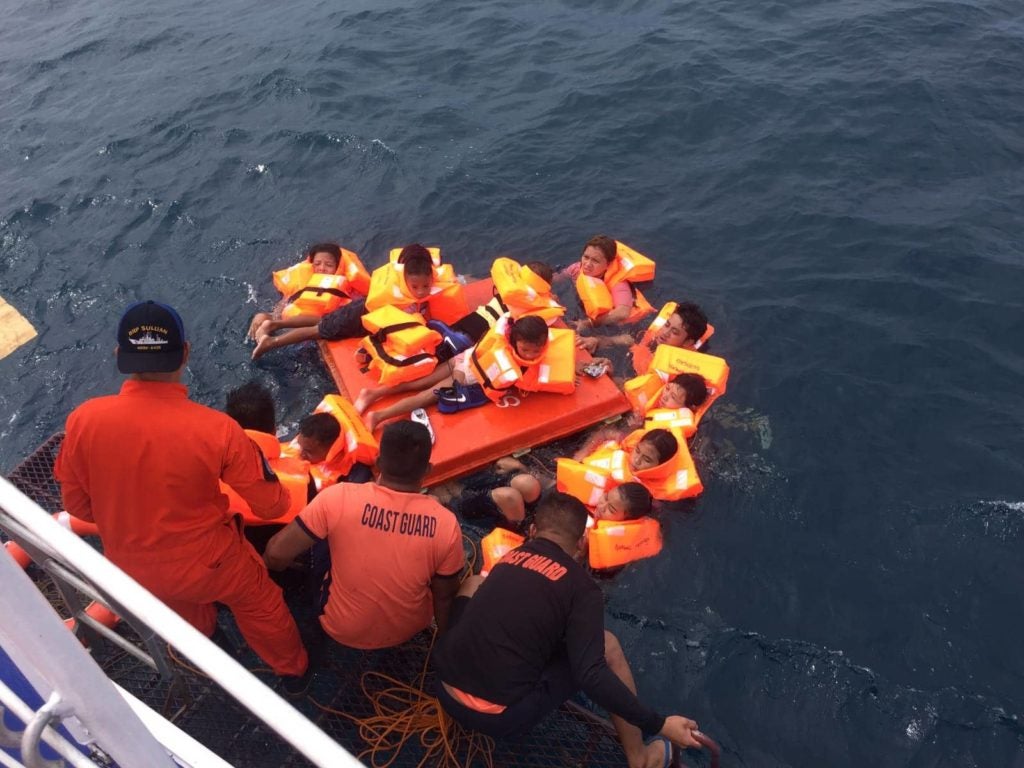 The Philippine Coast Guard in Central Visayas (PCG-7) personnel rescue the passengers of MV Siargao Princess, which capsized off the coast of Sibonga, Cebu  after it was battered by big waves past 11 a.m. on Thursday, Nov. 7, 2019. | PCG-7 PHOTO

CEBU CITY, Philippines —  The Philippine Coast Guard in Central Visayas (PCG-7) will be forming a maritime inquiry task group to look into the sinking of MV Siargao Princess, past 11 a.m. of Thursday, November 7, 2019.

The ship sank five nautical miles off the shore of Sibonga town in southern Cebu after it was battered by big waves.

Lieutenant Junior Grade Michael Encina, PCG-7 spokesperson, the statements of the ship’s skipper, Captain Antonio Conag and his six crew, who are currently under the custody of PCG-7, will be necessary to find out what happened before the ship sank.

Encina said there was no gale warning from the Philippine Atmospheric Geophysical and Astronomical Services Association (Pagasa) Visayas that would warn the PCG-7 to disallow smaller vessels such as the fastcraft from sailing.

This was the reason why they were shocked that the MV Siargao Princess capsized after it was rocked by waves rising up to 1.5 meters in height.

The PCG-7 will now be looking into the reasons why the ship sank, including the possibilities that the ship was overloaded, the captain and crew were negligent with the checking of the engines, or if there was an external factor that may have caused the ship to sink.

The PCG-7 will also be on a lookout for possible oil spills since the vessel used diesel to run its engine, and this may have spread and affected the marine life in the sea of Sibonga, which is a fishing area.

Ancina said  that Virgin Island Princess Shipping, which owned the ill-fated vessel, has bee asked to cooperate in the PCG-7 inquiry, since the ship was barely a month old in its route before it sank.

Encina said the ship’s maiden voyage was on October 19, 2019. They will be looking into the experience of the crew if they are capable of running a vessel such as the MV Siargao Princess.

The MV Siargao Princess ply the Catagbacan Port in Loon, Bohol and the Sibonga Port in Sibonga, Cebu and vice versa six days a week.

The PCG-7 said that they are still finding out how old was the vessel because the ship reportedly was plying routes in Siargao Island and its adjoining islets for a few months before it took the Loon-Sibonga route.

Aside from the condition of the ship, Encina said they also want to check if the operator has followed all safety measures  before it sailed on November 7, 2019.

The Bohol station of PCG-7 will also be submitting reports on what transpired in the ship before sailing./elb

Read Next
Villar sees farm tourism as a sunshine industry