CCTO to close Basilica roads during Santo Niño at 500 launch on Nov. 13 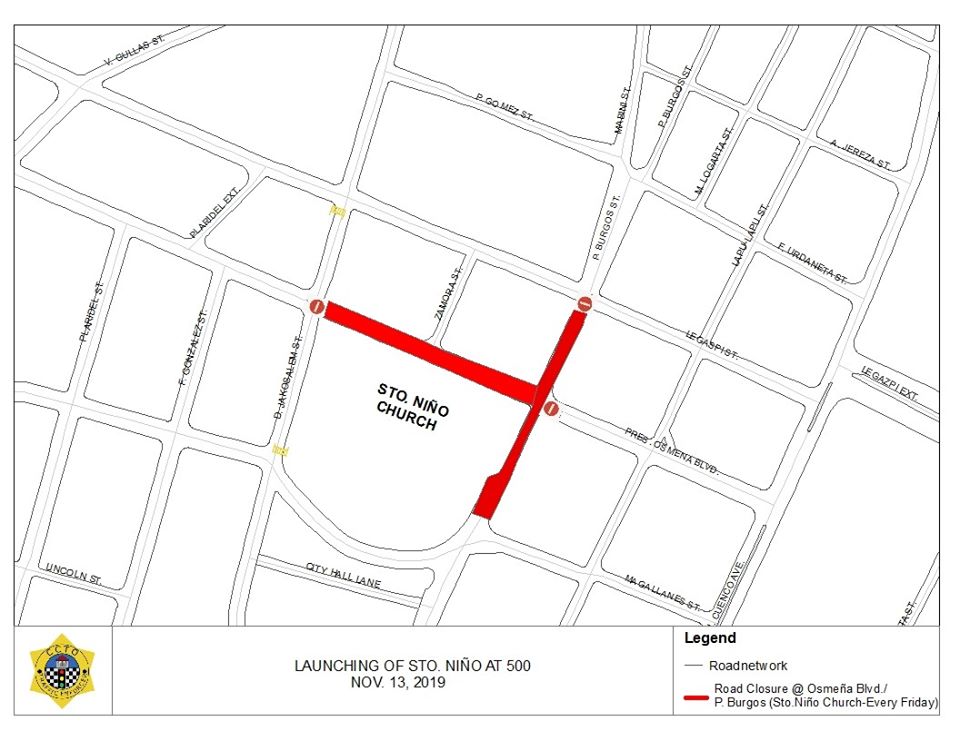 CEBU CITY, Philippines – Roads located close to the Basilica will be closed to vehicular traffic on Wednesday, November 13, 2019, to give way to Cebuanos who may want to join the launching of the “Santo Niño at 500” celebration.

Archbishop Gabriele Giordano Caccia, the Papal Nuncio to the Philippines, will officiate the Holy Mass that will be held ahead of the formal opening of the quincentennial celebration of the arrival of the miraculous image of the Sto. Niño in Cebu.

The Cebu City Transportation Office (CCTO) announced on its Facebook page that portions of Osmeña Boulevard from D. Jakosalem to the corner of P. Burgos Street will be closed to vehicular traffic starting at 8 a.m. and until the celebration is over.

Parts of P. Burgos Street from the corners of Legaspi to Magallanes Streets will also be closed to vehicular traffic.

CCTO said that a traffic rerouting scheme will be implemented on Public Utility Vehicles (PUVs) using the closed roads.

“Motorist, Drivers and other road users are advised to follow the traffic signs installed on the re-routing area,” it says.