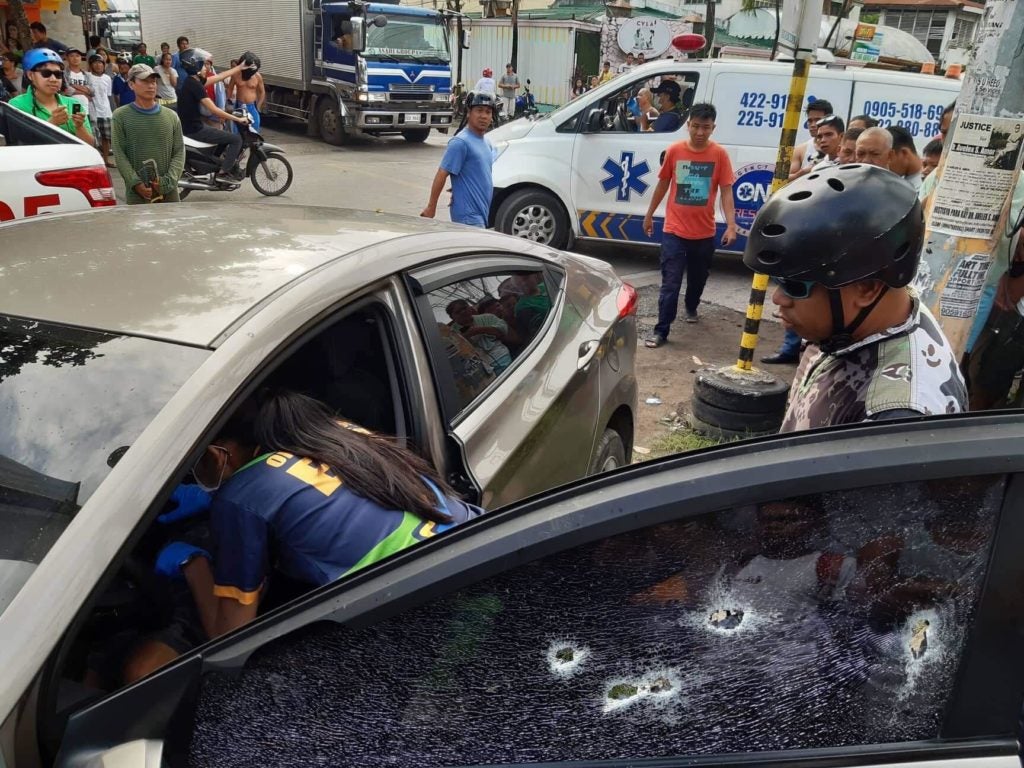 Bullet holes peppered the window on the driver’s seat side of the car driven by radio commentator Dindo Generoso, who was  ambushed in Dumaguete City on November 7, 2019. | DCPO PHOTO

This was confirmed in an emailed statement from Secretary Martin Andanar, who co-chairs the task force.

“This senseless and unwarranted act will not go unpunished. We will take the necessary action to ensure justice for Mr. Generoso’s family,” he added.

According to Andanar, the PTFoMS will be on top of the situation.

READ: Police nab 2 men, including a retired cop, linked to the killing of Negros radioman

The taskforce would work with relevant agencies to resolve issues that affect media practitioners in the country, he said.

Andanar noted that upholding the protection and security of media practitioners is one of the taskforce’s primary responsibilities.

“Hence, we commit that no stone will be left unturned when it comes to dealing with media killings. We will continue to fight for peace, and the freedom of the press to do their job without threats of retribution,” he said. /bmjo

READ: Crack team formed to hunt down the cop suspect in radioman’s murder