Archdiocese of Cebu to highlight first baptism in 2021 quincentennial celebrations 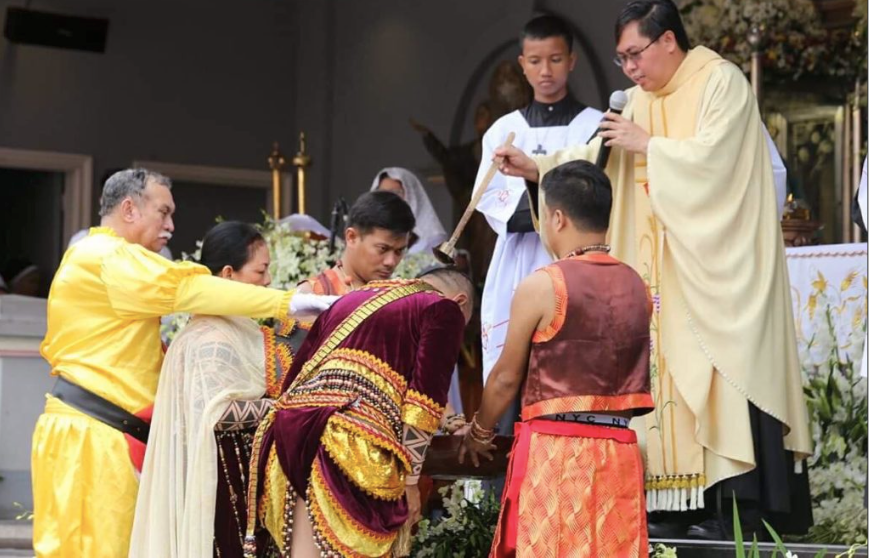 CEBU CITY, Philippines — The first Catholic baptism, which took place in Cebu, will highlight the Archdiocese of Cebu’s commemoration of the 500th anniversary of the arrival of Christianity this 2021.

The Archdiocese will baptize 500 children with special needs on April 14, 2021, exactly 500 years after the baptism of Rajah Humabon and Queen Juana of Cebu, according to the accounts of chronicler Antonio Pigafetta.

The baptism of the children and the reenactment of the first baptism will be held at the Basilica Minore del Santo Niño.

This December 1, 2019, the Archdiocese will be holding a Holy Mass  that will launch the 500-day countdown to the quincentennial celebration.

This will also mark the send-off of the pilgrimage of the Jubilee Cross, a replica of Magellan’s cross that will visit the different parishes of Cebu and the parishes, dioceses, archdioceses, prelatures, and the military ordinariate in the Philippines during the countdown.

“For 500 days, it will visit the different parishes and hopefully the different dioceses and archdioceses all around the Philippines. On April 10, 2021, it will arrive here back in Cebu for the Triduum celebrations,” said Fr. Mhar Vincent Balili, secretary-general of the Archdiocese for the quincentennial anniversary.

Balili said the journey to the quincentennial celebration would be filled with celebrations, formation and building legacy for the different sectors of the community.

Balili added that they had arranged monthly Jubilees for the different social sectors.

“We are still negotiating and trying to make an arrangement with the city government to also invite some sectors to celebrate. We may have a Jubilee for farmers, vendors, for habal-habal drivers, women, senior citizens, children, and the PWDs,” Balili said.

Meanwhile, Davao Archbishop Romulo Valles, president of the Catholic Bishops Conference of the Philippines (CBCP), said they were still looking into the possibility of having Pope Francis attend their celebration.

However, Valles said they were also open if the Pope would only send a representative considering the latter’s schedule, and that he had already visited the country in January 2015 to console the victims of Typhoon Yolanda.

“Surely, we will formally inform him that we will have these celebrations and very courteously saying that if you cannot come, you may do the usual way and appoint a papal legate to come to the celebration,” Valles said.

Archbishop Valles said that they would also invite President Duterte in the celebration in courtesy to the highest official of the country./dbs