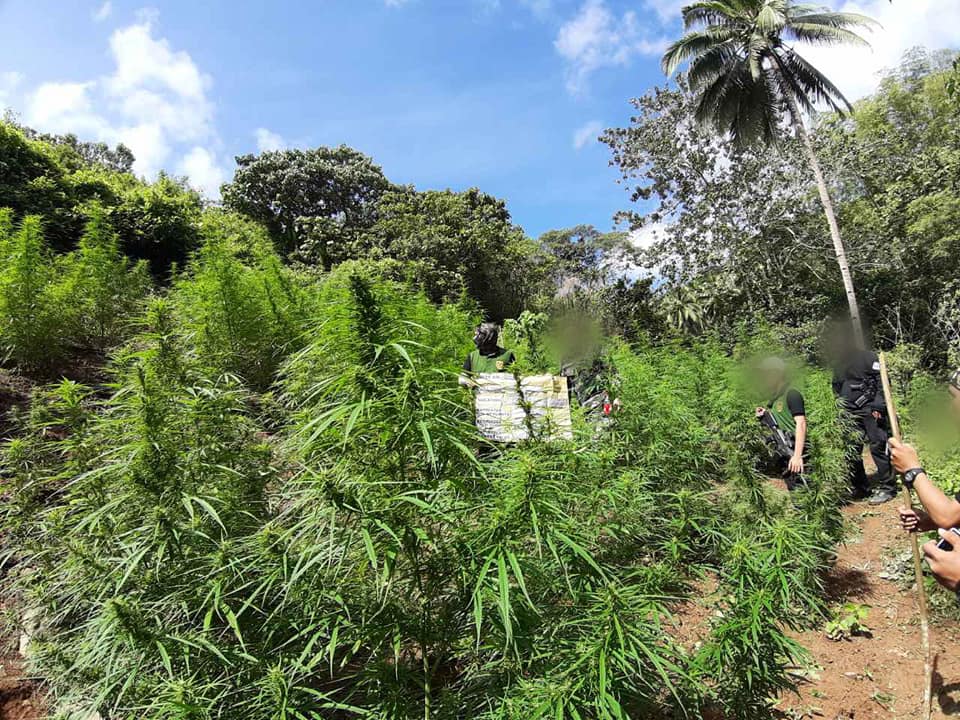 P8.6 million worth of marijuana was uprooted in Balamban last October 29. (Photo courtesy of PDEA-7)

CEBU CITY, Philippines —  The Cebu Police Provincial Office (CPPO) is considering to convert former marijuana plantations in Cebu’s midwest to croplands that residents can benefit from.

Police Colonel Roderick Mariano, provincial director of CPPO, said the move would provide a livelihood opportunity for the residents there.

Mariano said unemployment would be one of the factors that they would see in the continuous cultivation of marijuana (cannabis) plants in the mountainous areas there.

Mariano said they would provide seedlings of coffee and other vegetables to be planted in the former cannabis plantations.

He said that they would let the residents in the area tend to the crops.

(We will not only uproot the cannabis, but we will also plant crops like coffee and vegetables.)

Yesterday, November 14, agents from the Philippine Drug Enforcement Agency in Central Visayas (PDEA-7) uprooted P8.8 million worth of marijuana from Barangay Sunog, Balamban, one of the midwestern towns of Cebu.

About P8.6 million worth of marijuana were also uprooted in Barangay Gaas, another village in Balamban, last October 29./dbs