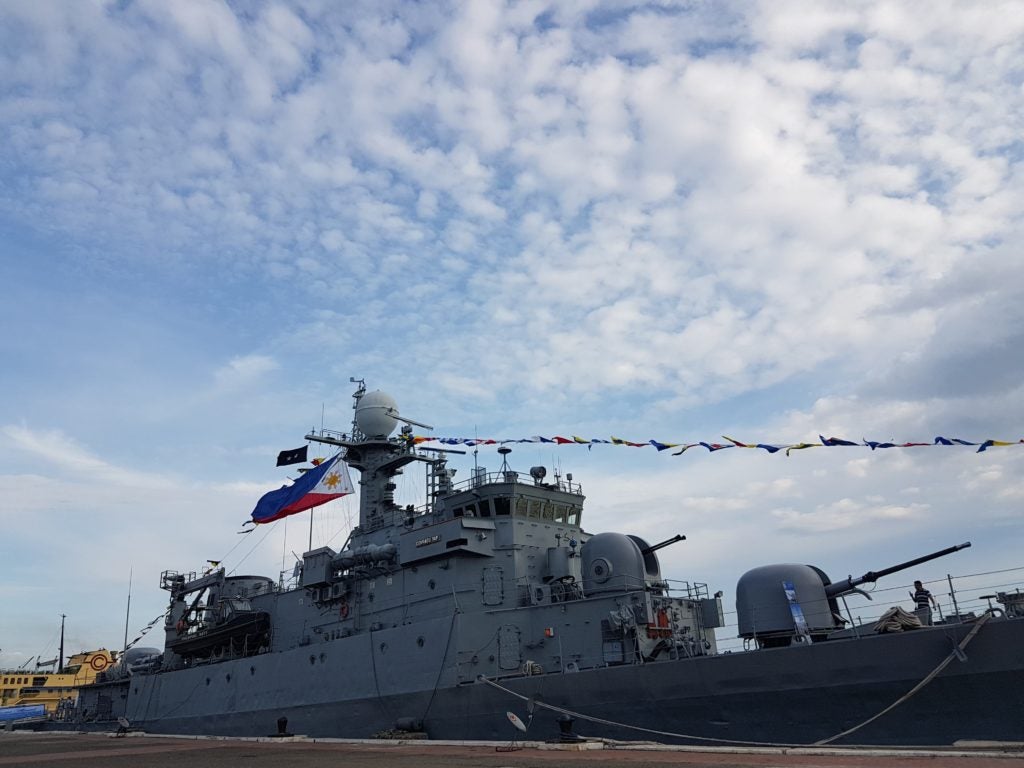 CEBU CITY, Philippines — The Naval Forces Central (Navforcen) has hosted a welcome arrival for the newly acquired ship of the Philippine Navy, which will be among the war ships that will be assigned to guard the West Philippine Sea.

The ship, named Barko ng Republika ng Pilipinas (BRP) Conrado Yap in honor of the Philippine soldier who fought in the Korean War, docked at the wharf of Malacañang sa Sugbo along A. Pigafetta Street in Cebu City on Saturday afternoon, November 16, 2019.

Major General Roberto Ancan, commander of the Armed Forces of the Philippines (AFP) Central Command (Centcom), told reporters that the ship’s arrival in Cebu City was a message to the public that the Philippine Navy was making efforts to secure the coast and waters of the country.

“At least makita nila na nag level up na ang ating Navy to secure sa ating shores (At least the public could see that the Navy have stepped up to protect our shores),” said Ancan.

According to the Philippine Navy, the BRP Conrado yap is considered as their strongest ship so far considering its speed, which runs  to a maximum of 25 knots for the distance of 4,000 nautical miles, and its the high powered artillery that included two Oto Melara 76mm main guns, two 40mm auto Breda gun (L70T), two Torpedo Launchers (MK32,MOD 5) anti-submarine torpedoes, rapid blooming off-board chaffs (RBOC) MK 164 and variety of sensors, including sonars, and radars.

The ship measures 88.3 meters long, with a beam of 10 meters and a draft of 2.9 meters, with displacement at 1,216 tons full load. It is rated for a crew of 118 personnel and can sustain operational presence for 20 days.

Although there are no threats in the Visayas, Ancan said there is still a need to be vigilant, which requires constant patrolling of its waters and shores.

He said the vessel will be open to public visit on Monday and Tuesday, November 18 and 19, at around 9 a.m. It will depart on Wednesday bound for other ports in the Visayas.

According to Ancan, they are opening the ship for public viewing as the also want to assure them what the ship is capable of in protecting the Filipino citizen.

Cebu City is the fifth place that the vessel has visited since it departed from South Korea in August 2019, where the corvette, a vessel then owned by the Korean Navy,  was bought by the Philippine government./elb