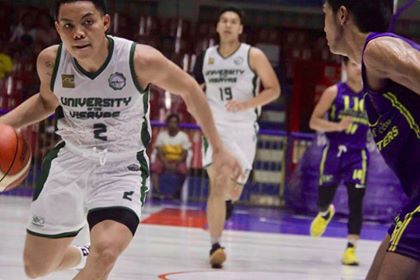 This is the swan song that Sheldon Marlon Andre Gahi, the top point guard of defending champion University of the Visayas (UV) Green Lancers, wishes for.

The 23-year-old Sheldon is playing in his last Cebu Schools Athletic Foundation Inc. (Cesafi) season as he will be joining his family next month in Canada.

(To be the champion but we cannot just get that easily if we don’t work for it.)

Sheldon may just get his swan song as UV has just advanced to the Cesafi collegiate basketball finals last Saturday, November 16, by beating the University of Cebu (UC) Webmasters twice in the semifinal round.

The Green Lancers will be gunning for their fourth straight Cesafi collegiate title and their 14th total  against Southwestern University (SWU) Phinma Cobras in a best-of-three finals series with Game 1 slated for November 18, 6:45 p.m. at the Cebu Coliseum.

(For me, its important because its my last season [and] I could leave a championship behind for my teammates. And since I played in the Cesafi 2016-2018, the crown had been with us so I before I go, I want to complete that.)

Aside from this season being his last, this is also Sheldon’s comeback season. Although he was in the official lineup last year, he wasn’t able to suit up for UV as he had to let a Jones fracture injury heal.

Sheldon, now a Hotel and Restaurant Management junior, was supposed to join his family in Canada earlier but he opted to stay and play one more season for UV in the Cesafi. 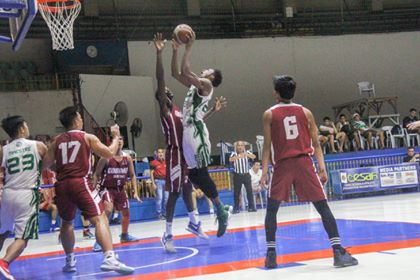 The Finalists from the Cesafi Partner’s Cup 2019, the Southwestern University Cobras and the University of Visayas Green Lancers will meet again for the Regular Season finals this Thursday, Nov, 19, 2019 at the Cebu Coliseum.| CDND Photo/ Gerard Vincent Francisco

(The intensity of the games is in the Cesafi. Every player in Cesafi was handpicked so you get to meet various players from Cebu and Mindanao.)

Basketball, however, wasn’t Sheldon’s first sport as he started out with karate when he was in elementary.

But was not able to compete because basketball then came into his life by way of a basketball clinic when he was 12 years old and a freshman in high school. 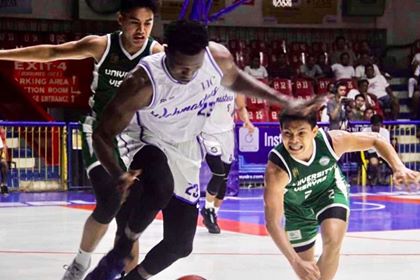 From the moment his hands touched the leather ball and he learned the basic skills of dribbling and shooting, he was hooked.

“For me, basketball is not a boring game, like daghan mo magduwa so lingaw ra and ganahan gyud ko’g contact sports (There’s many playing in it so it is fun and I also really like contact sports).”

What also made basketball click for Sheldon is that he is a team player.

(I like it better being in a team because that’s where you can see trust and you get to unite as one. And, you have other people to talk to, your teammates, and we all know that our number one sport here in the Philippines is basketball, so that’s why I chose basketball.)

In his first year in high school, Sheldon played for Saint Louis and it was also in the same year that he tried out and got accepted with the vaunted UV Passerelle under coach Jaymar Vincent Canoy. Thus, started Sheldon’s varsity life.

He played for the UV Passerelle team in his second and third year but his mother transferred him to the University of Southern Philippines Foundation (USPF) in his fourth year. It was as the captain ball of the USPF Baby Panthers that he achieved his dream — playing in the Cesafi for the first time.

Sheldon didn’t stop there,however. In his first year in college, he tried out for the UV Green Lancers and for two years, he played for team B under UV head coach Gary Cortes. 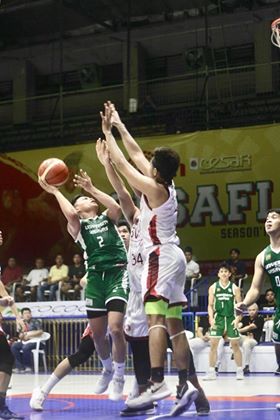 (When I first got into UV, my mind set was straight. I was focused to get into the lineup, so step by step I got into team B and next I got into the team A lineup. Nothing is impossible as long as you try your best, putting your heart into it is really important.)

Sheldon made it into the Green Lancers A in 2016 wherein he was second stringer to then point guard Alfred Codilla. He was made to step up because a year earlier in 2015, Jun Manzo had left UV to join the UP Fighting Maroons in Manila.

It was also the year that UV got its first Cesafi collegiate basketball title under Cortes.

(My first championship was the best. I cannot describe the feeling but I was very thankful to God because I was still a rookie but was already a champion.)

Sheldon said he will miss so much his journey with the UV Green Lancers in Cesafi.

(I will miss every practice that I had with my teammates, our bond as well as the talks with coach Gary and coach Jomags.) Jonel “Jomags” Maglasang is Cortes’ assistant coach.

(I learned how to respect my teammates as well and I also learned that if you try hard, you will achieve something, not only me but the team as well, if we all just try our best.) 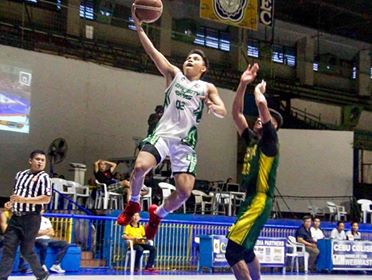 All throughout this last season, Sheldon’s inspiration is the small family that he had built with his partner—Angelica Sabanal and their one-year and seven months old baby girl, Asha Bella Lexi.

(We all know that God alone knows everything. If it is not really meant for us then I am thankful that we got to reach the semis or the finals and I am also thankful that I got the chance to play in the Cesafi and I got to showcase my basketball skills.)

As for those, who like him also dreams of playing in the Cesafi, Sheldon has this to say: “If gusto gyud nimo makuha imung main goal you have to work hard and be focused, but most importantly is mo apply sila ug discipline sa kaugalingon kay useless ra if maningkamot ka sa practice but after mag inom inom ka or laag laag. And, di nila kalimtan nga mag pray always.”

(If you really want to reach your main goal, you have to work hard and be focused, but most importantly is that you apply discipline on yourself because it will be useless if you work hard in the practice but after that you go out drinking and gallivanting. And, never forget to pray.) /elb