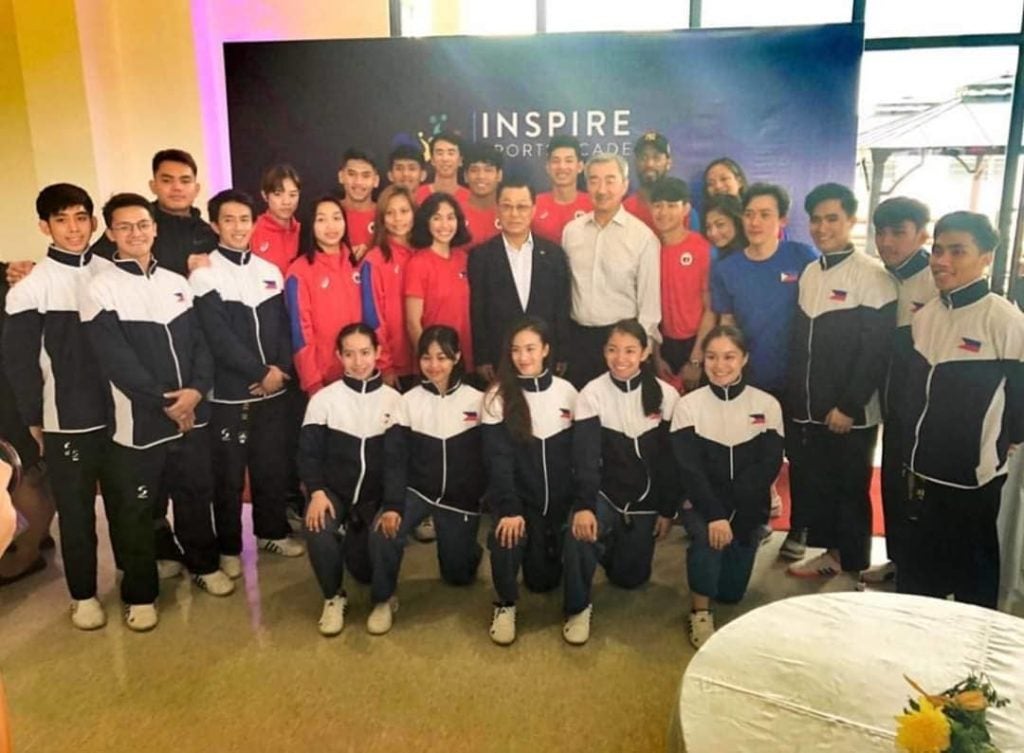 CEBU CITY, Philippines — Competing in international and national taekwondo tournaments this year while being a student has finally paid off for Nica Garces as she made it to the 14-man team who will be representing the Philippines in the upcoming 30th Southeast Asian (SEA) Games.

The 20-year-old Nica, who used to be known as Cebu’s sparring/kyurogi darling, has set that goal for herself this year. And, she made it!

She will be competing in the sparring/kyurogi — 46kg event.

“Very grateful and excited. Since it is my first time to compete in the SEA Games and especially that it will be held here in the Philippines,” said Nica.

More than the pressure of competing in her first SEA Games event, Nica is more excited that the Philippines would be hosting the biennial event from November 30 to December 11, 2019.

The taekwondo competition will be held from December 7 to 9 at the Ninoy Aquino  Stadium.

“For the past months before the final selection for the SEA Games, our performances were evaluated numerous times, like every month we have an evaluation with Grand Master Hong. And, in our previous international games, they sent us to different events to see our performance,” said Nica on what they went through to qualify for a slot in the team.

Among Nica’s top performances was bringing home a silver medal in the Korea Open, a gold medal in the Asia Open, and being part of the overall women’s champion in the University Athletic Association of the Philippines (UAAP).

Nica is currently a member of the National University (NU) varsity team. She had her secondary education at the University of Cebu (UC) where she earned the tag Cebu’s sparring/kyurogi darling after having won several events as part of the UC taekwondo team.

At present, Nica and the rest of her teammates are in Laguna for their in-house training.

“Still preparing more mentally and physically for the game. But I can say that I am ready to fight for the SEA Games,” said Nica of her preparedness.

She added that this week until next week, they would still be having a super hard training since the Kyurogi events would still be on December 8 and 9.

After the two weeks, they will then start on the tapering part of their training.

“The same as all of my international games, I always dedicate it to God, family and the country. Every support I get from everyone serves as my inspiration for the game,” said Nica about whom she would dedicate her first SEA Games stint and who would serve as her inspiration.

Nica got into taekwondo back in 2005 when she was just six years old when her father enrolled her and her older brother into taekwondo classes because he wanted them to have a sport.

(Our father wanted me and my brother to get into a sport but we couldn’t decide on one. So, the next day he enrolled us into taekwondo and we learned to like it.)

For Nica, however, it was her UC coaches Michael Realista and Frauline Joy Realista, who really influenced her to continue honing her taekwondo skills.

And, she has always preferred the sparring events over poomsae.

Her older brother Eric F. Garces Jr., who graduated as a varsity taekwondo jin of the Far Eastern University (FEU), and Nica, in turn, influenced their younger siblings Seanrick Emmanuel and Alyssa Marie, who are also varsity players of UC.

Nica, so far, is the only one who made it to the national team from cadet to junior and now senior.

The BS Psychology student decided to accept NU’s offer when she graduated from UC because of better opportunities in Manila for her sport.

“Much greater opportunities and good benefits, and I’m able to help my family especially my parents,” said Nica.

It is also easier to get into the national team if she’s already in Manila, said Nica.

“Attitude will always come first no matter how good you are in sports and that we should always be working hard for the things that we want to achieve. And, to achieve that greatness, we need to be willing and be strong mentally especially during competitions and even in life,” said Nica of the lessons that she’s learned from taekwondo./dbs

Read Next
4 e-cigarettes turned over to police, 1 other seized from minor in Talisay City