CCPO confiscates 81 e-cigarettes, no one arrested 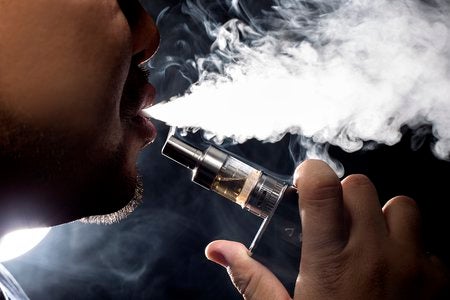 CEBU CITY, Philippines — The Cebu City Police Office (CCPO) has confiscated at least 81 vapes in 48 hours after the announcement of President Rodrigo Duterte to ban vaping in public places on November 19, 2019.

Police Colonel Geovanie Maines, the acting chief of the CCPO, said that since there was no clear directive to apprehend those vaping in public, they simply confiscated the e-cigarette and remind the user not to vape in public areas.

Maines said those who vaped in public voluntarily gave up their e-cigarettes following the apprehension with a promise to stop using vape in public areas.

Maines encouraged the public to follow the directives of the President since e-cigarettes had been proven to be just as unhealthy for secondhand smokers as those exposed to regular cigarette smoke.

Cebu City Mayor Edgardo Labella said he was supporting the move of the President to ban vape in public areas because it was causing health problems to the public especially children and non-smokers.

He said he would request the city council to sponsor an ordinance banning vapes in public so that those who would vape in public would really be apprehended instead of just mere confiscation of the e-cigarettes./dbs