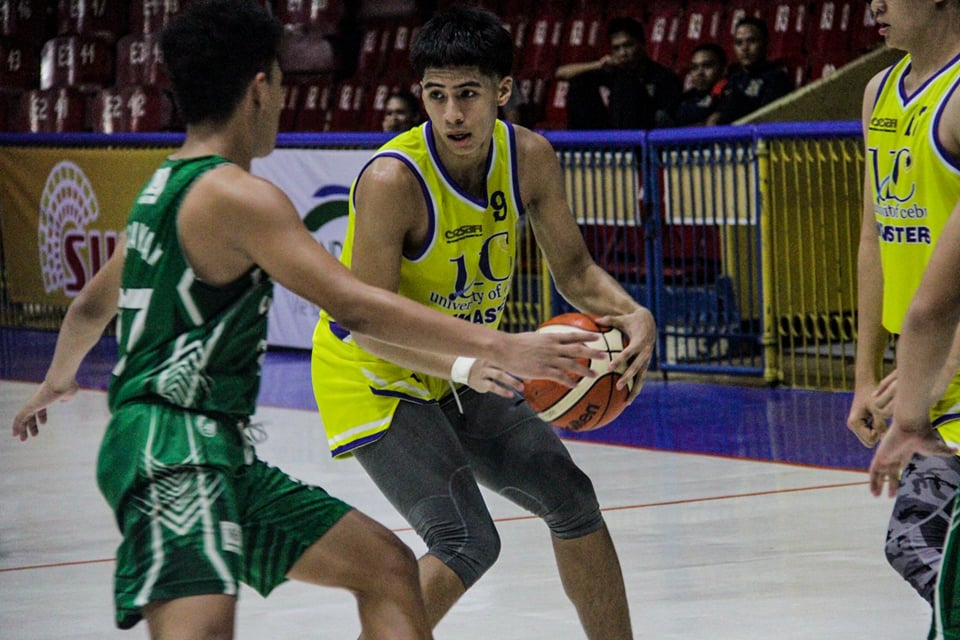 The University of Cebu (UC) Baby Webmasters will go up against the University of the Visayas (UV) Baby Lancers for the secondary basketball title of the 29th Cebu City Olympics. Both teams are seen here in this piece of action during their game in the Cesafi High School division. | Gerard Vincent Francisco

Both teams advanced to the finals after successfully hurdling their semifinals assignments, Wednesday, November 27, 2019 at the Cebu City Sports Institute.

The finals game will be held on Thursday, November 28 at the same venue.

The UC Baby Webmasters clinched their finals ticket via a 120-74 demolition of the Salazar Colleges of Science and Institute of Technology (SCSIT).

The other semifinals game saw the UV Baby Lancers avenging their loss to the University of Southern Philippines Foundation (USPF) Baby Panthers, 97-88, to complete the finals cast.

The UV Baby Lancers had lost the third place in the Cesafi secondary division to the USPF Baby Panthers last week.

Both UC and UV advanced to the championship round in contrasting fates. While UC was uncontested against SCSIT as they were in control of the game from start to finish, UV had to fight hard to keep USPF at bay.

They were neck-to-neck in the first three quarters with UV only enjoying a two-point lead both in the first and second quarters and eventually a slim one-point lead going into the final quarter.

However, UV seemed to have had enough as they broke the game open in the final canto to earn the right to face UC.

Aside from the title, UC and UV will also be vying for a chance to represent Cebu City to the Central Visayas Regional Athletics Association (CVIRAA) Meet slated for February 2020. / dcb