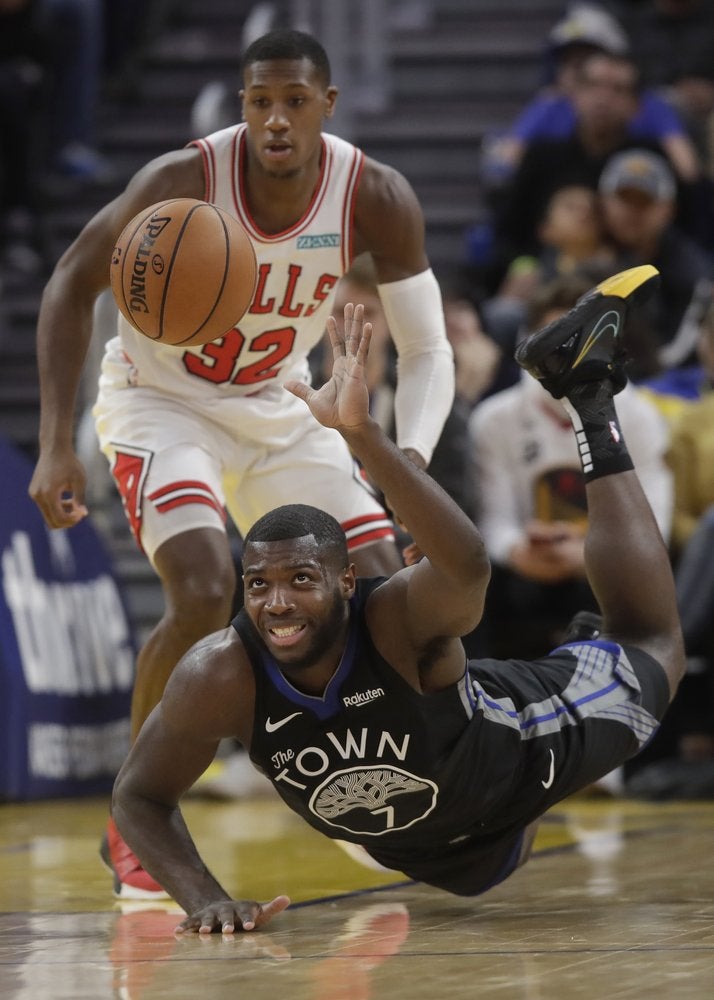 Alec Burks added 23 points, 10 rebounds and seven assists in just the second win in 12 games for Golden State, which squandered a late lead Monday night in losing 100-97 to Oklahoma City while allowing the Thunder to score the game’s final 13 points. The Warriors snapped a three-game losing streak.

The Warriors had been down to just eight healthy players Monday but welcomed back one key reinforcement in this one: Draymond Green returned from a three-game absence because of a sore right heel and contributed seven points, eight assists and five rebounds in 24 minutes.

Zach LaVine had 36 points, five rebounds and five assists for the Bulls, who now will try to avenge a 117-94 home loss to the Trail Blazers on Monday night when they travel to Portland to play Friday.

Golden State struggled to take care of the ball or make stops down the stretch against Oklahoma City, then worked to be the aggressor in this game. The Warriors jumped in the passing lanes on defense to create transition baskets and plays like Paschall’s timely dunk that put his team ahead 88-83 with 5:17 remaining.

Bulls coach Jim Boylen noted before the game Chicago needed to make more shots but the Bulls went 16 for 44 in the first half to trail 53-48 at the break — contributing to Golden State’s 35 rebounds after two quarters, 10 by Omari Spellman in 11 ½ minutes.

Spellman wound up with 13 points and 11 rebounds off the bench for his fifth career double-double and first with the Warriors.

Bulls forward Chandler Hutchison, sidelined for two games last week with soreness in his shins, was in the starting lineup but played only two minutes, not a great sign one game after he came back to score six points and grab three rebounds in seven minutes late in the loss to Portland.

Read Next
Pagasa: Kammuri now a typhoon, may enter PAR by weekend