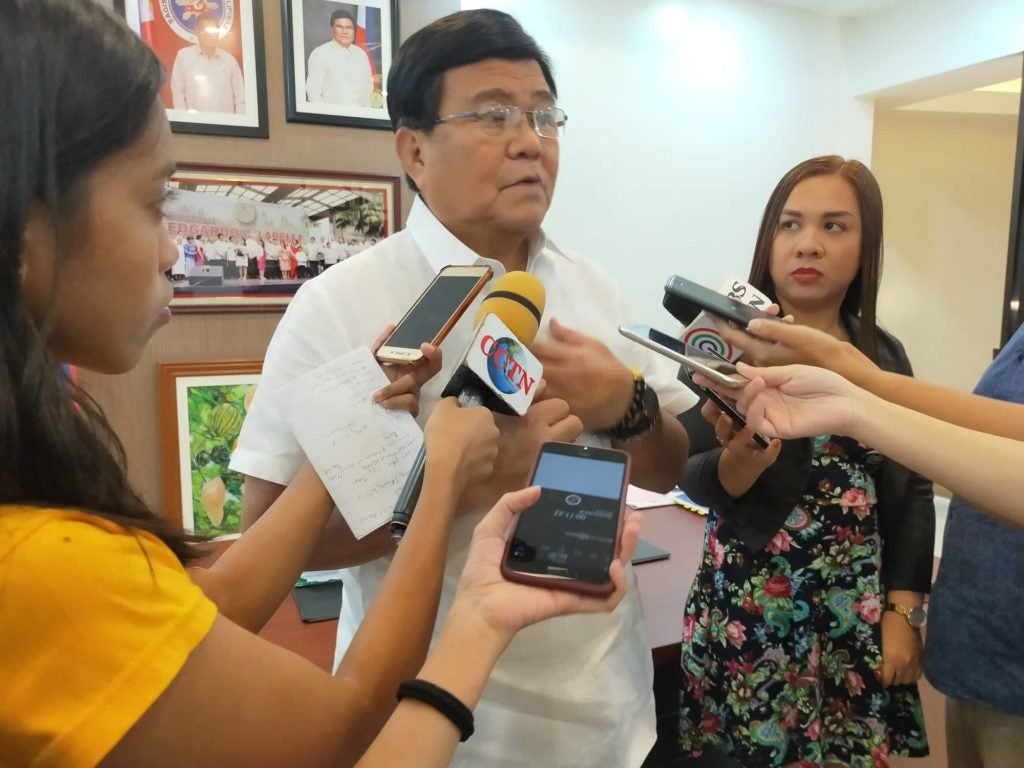 CEBU CITY—The Cebu City government will allow vendors to sell their wares at the night market on weekdays and for other street vendors to ply their trade at their usual areas on weekends starting December 1, 2019.

Cebu City Mayor Edgardo Labella told street vendors on Thursday, November 28, 2019, that the Department of Interior and Local Government (DILG) has agreed to his proposed temporary solution for vendors.

Labella said the night market would be allowed to resume from Monday to Friday for the months of December and January.

WATCH: Cebu City Mayor Edgardo Labella informs the street vendors of the temporary solution reached with the Department of Interior and Local Government about the resumption of the night market and allowing street vendors to sell their wares at city streets on weekends. |Irene R. Sino Cruz

The mayor added that street vendors would also be allowed sell their wares in their usual place on Saturdays and Sundays.

Cebu City Mayor Edgardo Labella had suspended the night market on July 5, 2019 because he wanted to have a clear system on the collection of fees from the street vendors.

Arcenal-Nogra explained that the priority of DILG would be for the Cebu City government to comply with the directive of the Office of the President to clear the road.

“We will come up with a win-win solution. You cannot expect that you can go back to where you’ve been,” she explained.

According to Arcenal-Nogra, Mayor Labella and city administrator Atty. Floro Casas have several proposals, which the DILG studied to ensure there would be no obstruction to pedestrians.

“This is the best compromise,” she said.

The mayor called on the vendors to accept this proposal, stressing that no one could get everything they wanted.

“This is going to be a big risk for me. I can be suspended, but I’m willing to take the risk,” Labella added.

President Duterte had warned that local government executives who fail to implement his order to clear the streets would be facing suspension.

Each street vendor would be allowed to have a 2×2 selling area during the weekends starting December 1 until January 31.

On the other hand, the operation of the night market would be under the office of city administrator and the heads of barangays

Arcenal Nogra told CDN they have asked for a resolution from the Cebu City Sangguniang Panglungsod endorsing the said proposal.

“This is an opportunity (for the street vendors). Exert your utmost effort that we can prove to DILG and President Duterte even if you’re at the sidewalk you would not obstruct the road,” Labella told the vendors.

By doing so, this could probably become a permanent solution, the mayor said.

For the street vendors included on the list of affected vendors, the Department of Labor and Employment (DOLE) has committed to give each one P20,000 financial assistance.

According to the mayor, he talked with DOLE assistant regional director Lilia Estillore about the financial assistance.

He added that Estillore told him they only need a resolution from the city council asking DOLE to provide financial assistance with the list of street vendor-beneficiaries so they could release the funding. /bmjo