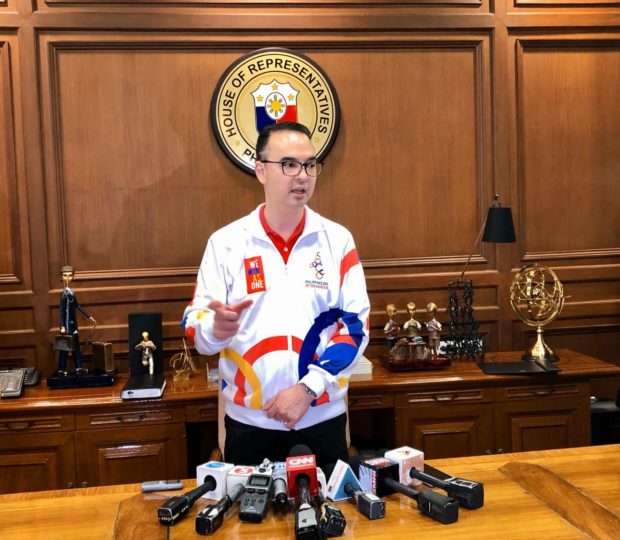 The state weather bureau earlier said Kammuri might have a direct effect on some venues of the biennial sports meet on December 3 and 4.

The typhoon will be called Tisoy once it enters the Philippine area of responsibility (PAR).

(We have contingency plans, we have venues in Southern Luzon, the National Capital Region, and Central Luzon so I think that would suffice as long as the typhoon isn’t massive.)

(Sometimes we experience five or six days with heavy or continuous rains even without a typhoon. I hope that would not happen. I think that wouldn’t be the case.)

Cayetano added that most of the games would be held indoors.

It was predicted to enter the PAR on the morning of the 2019 SEA Games opening day on Saturday, November 30, or Sunday morning.