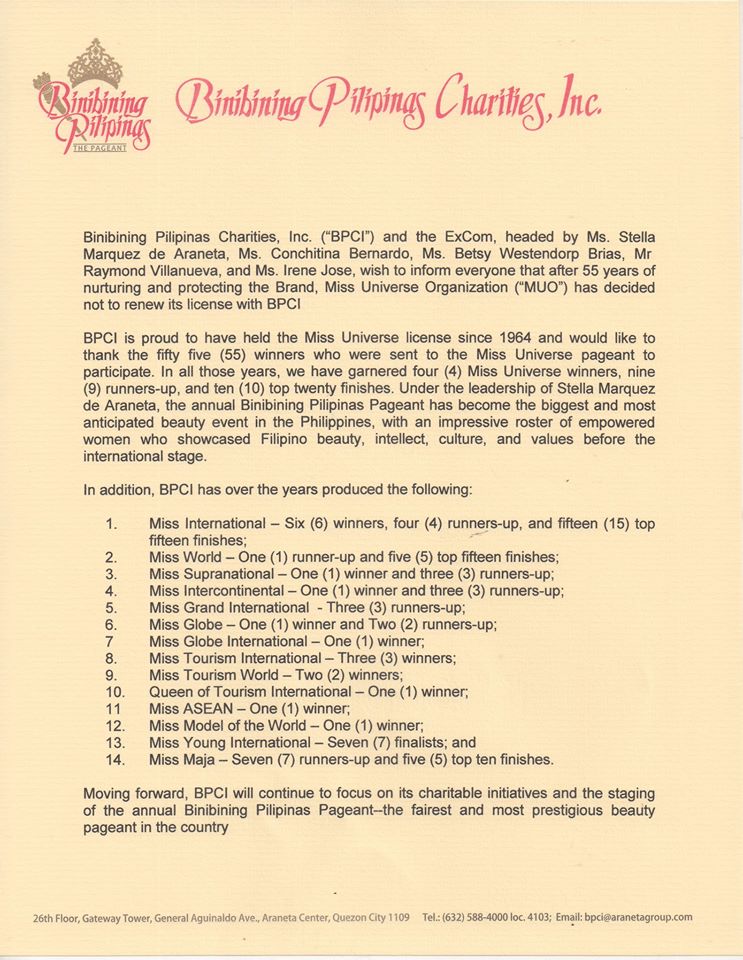 CEBU CITY, Philippines— The Binibining Pilipinas Charitites, Inc. has released a statement on their official Facebook page about ending their 55 years of partnership with Miss Universe Organization (MUO).

In the statement, BCPI recalled the number of queens they have produced of the course of time under the brand of MUO.

And in those years, the BPCI has produced four Miss Universe winners, 9, runner-ups and ten-twenty finishes.

The statement was uploaded today, December 10.

And after a few minutes after its posting, the post has garnered 1,100 reactions and has been shared 156 shares.

And netizens were quick to jump into the fiasco and gave their message of gratitude.

Sison Paul commented, “Salute to BPCI and Araneta Group indeed you are an institution to the world of pageantry,” and Victor Mejia said, “Constant change is real we hope for the Best. Thanks, BPCI.” /dbs