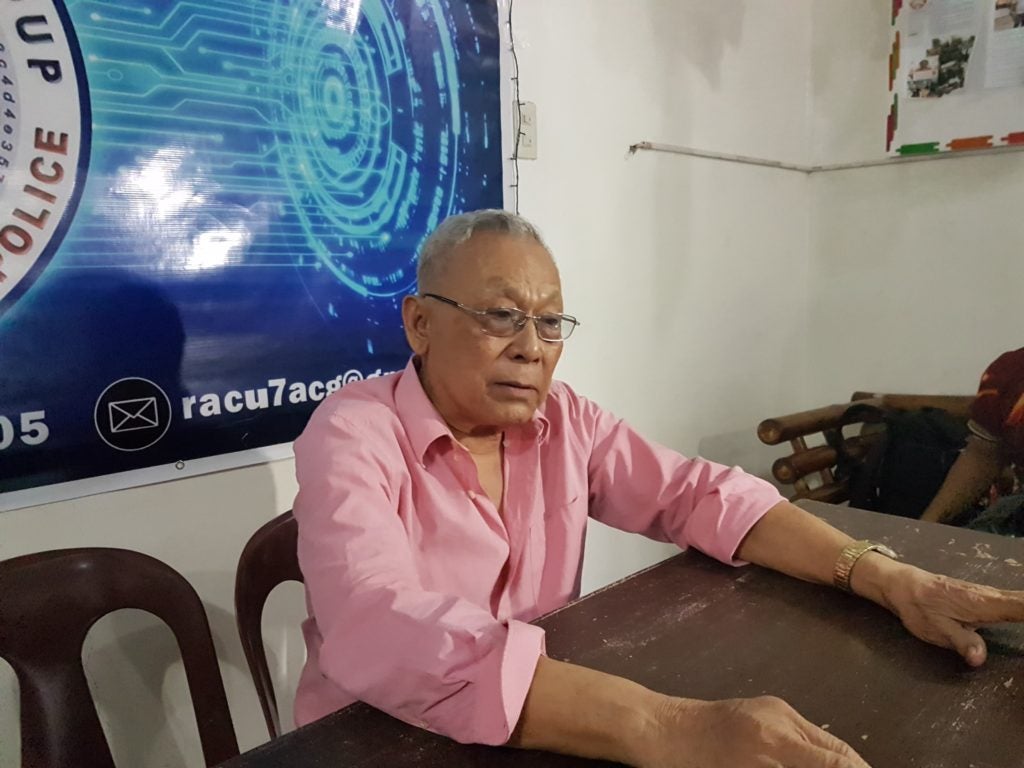 Former lawyer Dionisio Cañete is arrested by virtue of warrant of arrest by the joint police force, for two counts of cyber libel. | CDN Digital Photo / Alven Marie A. Timtim

CEBU CITY, Philippines —Dionisio Cañete, a former lawyer and arnis grandmaster, has been arrested in his home along Eagle Street, Santo Niño Village, in Barangay Banilad, Mandaue City in the morning of December 10, 2019.

Cañete, who asked and was granted by Supreme Court in 2017 his petition to strip him of his attorney-at-law title claiming he could not stomach the alleged corruption in the legal profession, was served a warrant of arrest at 10 a.m. by a joint team of police officers.

Read more: After 56 years as lawyer, Cebuano no longer wants to be called ‘attorney’

He said it was a violation of section 4 of Republic Act 10175 or computer-related offenses of the Cybercrime Prevention Act of 2012.

Castillo did not divulge further information about the arrest of Cañete, but Cañete himself admitted that it might be related to the Facebook post he posted around 2016 where he allegedly named a few prosecutors who were allegedly involved in corruption.

The post was eventually taken down, but Cañete said it might have been the reason for the arrest.

Back in 2017, the Supreme Court granted Cañete’s request to be removed from the Rolls of Attorneys.

Cañete, who was also a former Integrated Bar of the Philippines Cebu province president, said he wanted to get out of the organization as there were injustices and rampant corruption.

He claimed there were cases he filed against a private company which was allegedly unreasonably dismissed which led to the post that he made and later prompted him to decide to quit as a lawyer.

In his interview with the media at the Cebu Provincial Police Office detention facility in Sitio Sudlon, Barangay Lahug, Cebu City, Cañete said he would not post bail as he would want to show where this case would lead and what the government would do about it./dbs