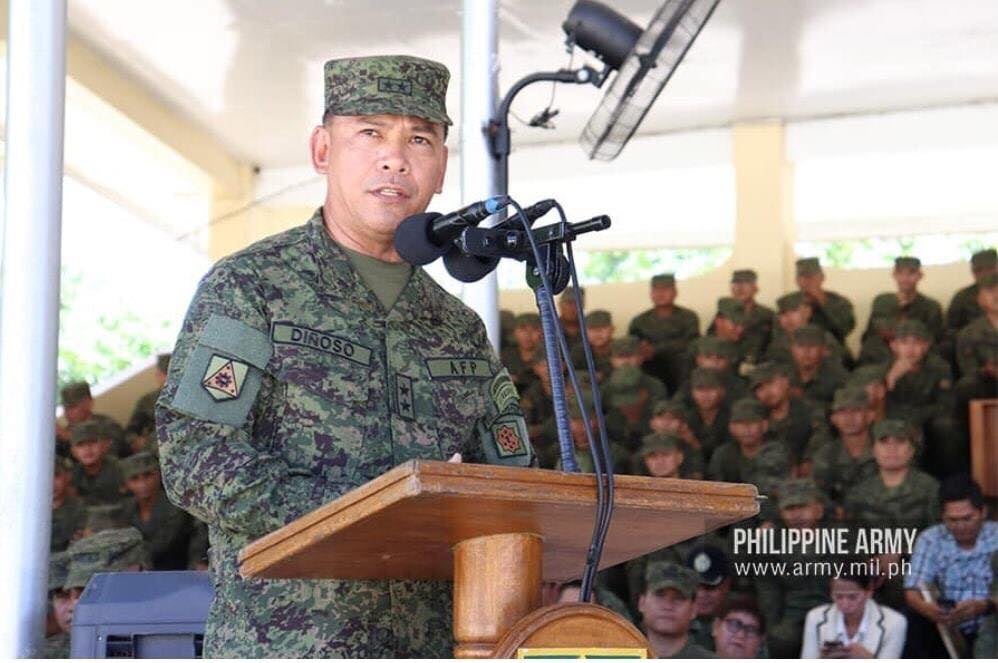 DUMAGUETE CITY, Philippines — A hunt for the rebels in Eastern Samar is on as more Storm Troopers are set to be redeployed in the area following the suspected New People’s Army’s deadly December 13 ambush of a police patrol car in Borongan City.

Major General Pio Diñoso, commander of 8th Infantry Division of the Philippine Army also known as the Storm Troopers Division, said he would send additional troops to Eastern Samar to augment the present forces in the area.

Diñoso also ordered all military units in Eastern Samar to hunt down the rebels especially those responsible for the deadly attack.

“Pupunta kami sa Eastern Samar, mag redeploy kami ng forces and everything. But, we have enough forces naman in Eastern Samar. Sorry, but we will not be distracted sa mga ginagawa nila and we will not stop there,” Dinoso said in an interview.

(We will go to Eastern Samar. We will redeploy our forces and everything. But, we also have enough forces in Eastern Samar that can deal with them. Sorry, but we will not be distracted with what they are doing, and we will nots stop there.)

Diñoso said that the Army would send more artillery in the area.

(We will hit their area with artillery barrages. If they are listening now, I advise them not to sleep because they might not wake up. There are instances that we locate and check on their camps on foot, but they had set up land mines there. So, we will use other legitimate force so that no civillians would be hurt. We will just target the area with artillery.)

Diñoso also revealed that he had requested for the return of the two battalions of the division temporarily stationed in Mindanao.

(We have even requested for the return of our two battalions stationed in Mindanao. Return the troops that were borrowed.)

The 8th ID commander asked the rebels to surrender and avail the different programs of the government intended for the returnees or get killed.

To recall a policeman and two civilians died and several others were wounded when ambushed by the NPA’s.  The ambush was followed by  an explosion of a landmine./dbs

Read Next
Faces of Cebu: Rachel/Ramil shares about courage to accept who you are