De Lima: US ‘determined the fact of my persecution’ 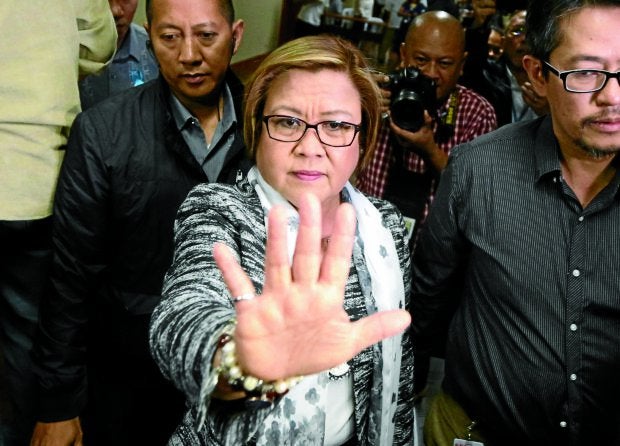 MANILA, Philippines — The United States government, including US President Donald Trump himself, has acknowledged Sen. Leila de Lima’s “persecution” by signing a new budget law which includes a provision barring the entry in the United States of Philippine officials behind her detention, she pointed out on Tuesday.

In her statement, De Lima said, “Both the US Congress and the US President have already determined the fact of my persecution, and that this determination is already part of the federal law of the US and can only be reversed by repeal or an amendatory law.”

The provision she cited from the budget bill that Trumped signed into law on Friday referred to the “wrongful imprisonment” of De Lima as well as Mustafa Kassem, an American detainee in Egypt.

Last week, Sen. Ronald “Bato” dela Rosa said he heard “rumors” about the cancellation of his US visa. It was on his watch as Philippine National Police chief that De Lima was detained at the PNP headquarters in Camp Crame.

Meanwhile, the Philippine Embassy in Washington said in a statement on Tuesday, “We strongly advise the United States to respect our own laws and processes in the same way that we respect theirs.”

“All countries have the sovereign prerogative to allow or ban individuals from entering their borders.”

Read Next
SEA Games medalist: Playing DOTA 2 is all about managing time