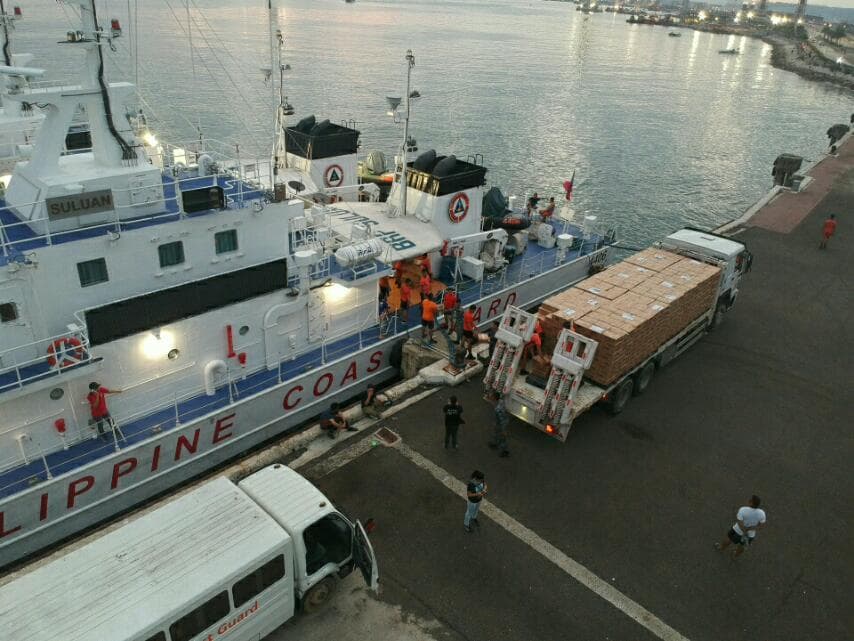 PCG vessel, BRP Suluan, departed around 5:30 a.m. to the islands of Malapascua and Carnaza, bringing a total of 2,800 boxes.

The relief goods, comprised of water, canned goods, and other items, were sent by Department of Social Welfare and Development in Central Visayas (DSWD-7) and the Cebu Provincial Disaster Risk Reduction and Management Office (PDRRMO).

Lieutenant Junior Grade Michael John Encina, the spokesperson of PCG-7, urged the local government units (LGUs) that wants to donate goods to coordinate with the PCG for the shipping of the goods.

“For any forms of donations Coast Guard CV (Central Visayas) is now accepting and will be delivering as soon  as consolidated,” said Encina.

The PCG-7 will also conduct maritime surface patrol to assess the possible effect of said typhoon through the Capones MRRV 4404, which has been deployed along with BRP Suluan.

To make donations to the typhoon-stuck areas, the public can reach the PCG through 0917-842-7102 or at [email protected]  /bmjo

Read Next
IN PHOTOS: Christmas Day at typhoon-hit Daanbantayan town