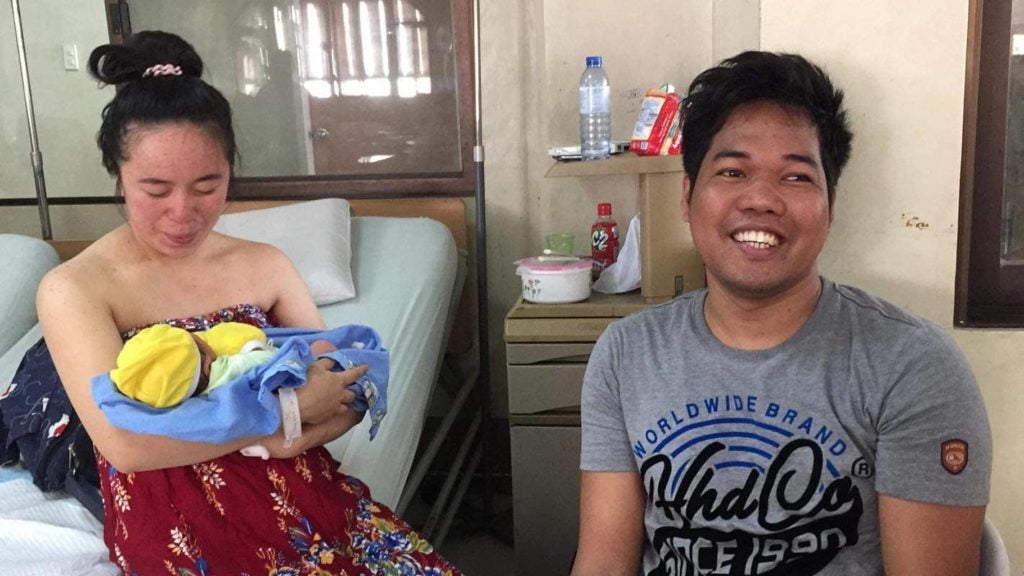 CEBU CITY, Philippines — Wilma Magalso welcomed the new year with a streak of pain that she could not imagine.

Her pain, however, did not resemble the lost of limbs from firecracker injuries.

She cried and screamed from the pain of bringing a new life in this world.

Magalso, 25, gave birth to Baby Stephen, her first born son with her partner Ronald Espinosa, 30, at 12:46 a.m. on January 1, 2020 via normal delivery at the Cebu Puericulture and Maternity House in Cebu City.

(I was on labor since around 9 p.m. and I gave birth 12:46 a.m., so that was about 3 hours. It was a very painful experience but I was relieved and happy when I saw him.)

Baby Stephen was the first of the four babies who were born at the maternity house between 12 midnight to 10:30 a.m. on Wednesday, Jan. 1.

While Baby Stephen and three other babies were born via normal delivery, the fifth baby came through Caesarian section past 8 a.m. this morning.

Espinosa said they were not expecting baby Stephen until the middle part of January, based on Magalso’s pre-natal check ups.

Nonetheless, the couple who will be celebrating their second anniversary this January, said their 2020 has found a whole new meaning with Baby Stephen’s birth.

Espinosa, a native of Barangay Maya in Daanbantayan town in northern Cebu, also said that Baby Stephen’s arrival gave them so much joy even after Typhoon Ursula wreaked their home last week.

Espinosa, a Born Again Christian, hopes that Baby Stephen will grow up to be a pastor in their church. / dcb

Read Next
Thank you for these lessons, 2019